In summer 1972, the Olympic Games were in Germany for the first time since the 1936 Berlin Games under Adolf Hitler, who used them “as a platform for the propagation of Nazi ideology” according to the Encyclopedia Britannica. As ArkansasGazette reports highlighted, the 1972 games were to be a “postwar reunion with the world at large” for West Germany.

In direct and intentional contrast to the red and black motif of 1936, the colors of a “May morning in Bavaria” were used in Munich: grass green, blue sky, cloud-like silver and orange accents were meant to mark them as “the merry games,” according to Randy Roberts, writing for the Journal of Sport History.

But the events of Sept. 5 would mark the Games with tragedy forever.

This Page 1 of the Sept. 6 Gazette reported that in the early morning of Sept. 5, members of the group Black September, a militant offshoot of the Palestinian group Fatah, climbed the fence around the Olympic Village and took nine Israeli Olympians hostage. Teammates Moshe Weinberg and Josef Romano were killed as they fought the intruders.

Britannica notes that “Munich organizers spent less than $2 million on security, and security personnel were to be unarmed, inconspicuous, and nonconfrontational.” Games officials decided against a strong security presence, feeling that it would hamper the atmosphere of harmony they wanted to promote. This decision was made even after being given specific scenarios of possible security crises, one of them eerily similar to the attack.

President Richard M. Nixon called Israeli Premier Golda Meir to offer American assistance, promising that every effort would be made to ensure the safe travel of Israelis in the United States. He also offered the country’s full cooperation in bringing the hostages out of the crisis safely, although the United States was not directly involved in the ensuing rescue attempt.

The terrorists demanded in exchange for the lives of the Israeli hostages the release of more than 200 Arab prisoners. Meir refused.

After a day of dead-end negotiations, the terrorists agreed to be transported, with their hostages, via helicopter to nearby Furstenfeldbruck Air Base, where they were told a jetliner would be waiting to take them and their captives to Cairo. When the terrorists realized it was an ambush, a two-hour standoff ensued, and the Israeli hostages were killed, one group by grenade while they were bound and tied together in one helicopter, and the other group when their helicopter was sprayed with bullets. Three of the terrorists were captured and five were killed during the failed rescue attempt. 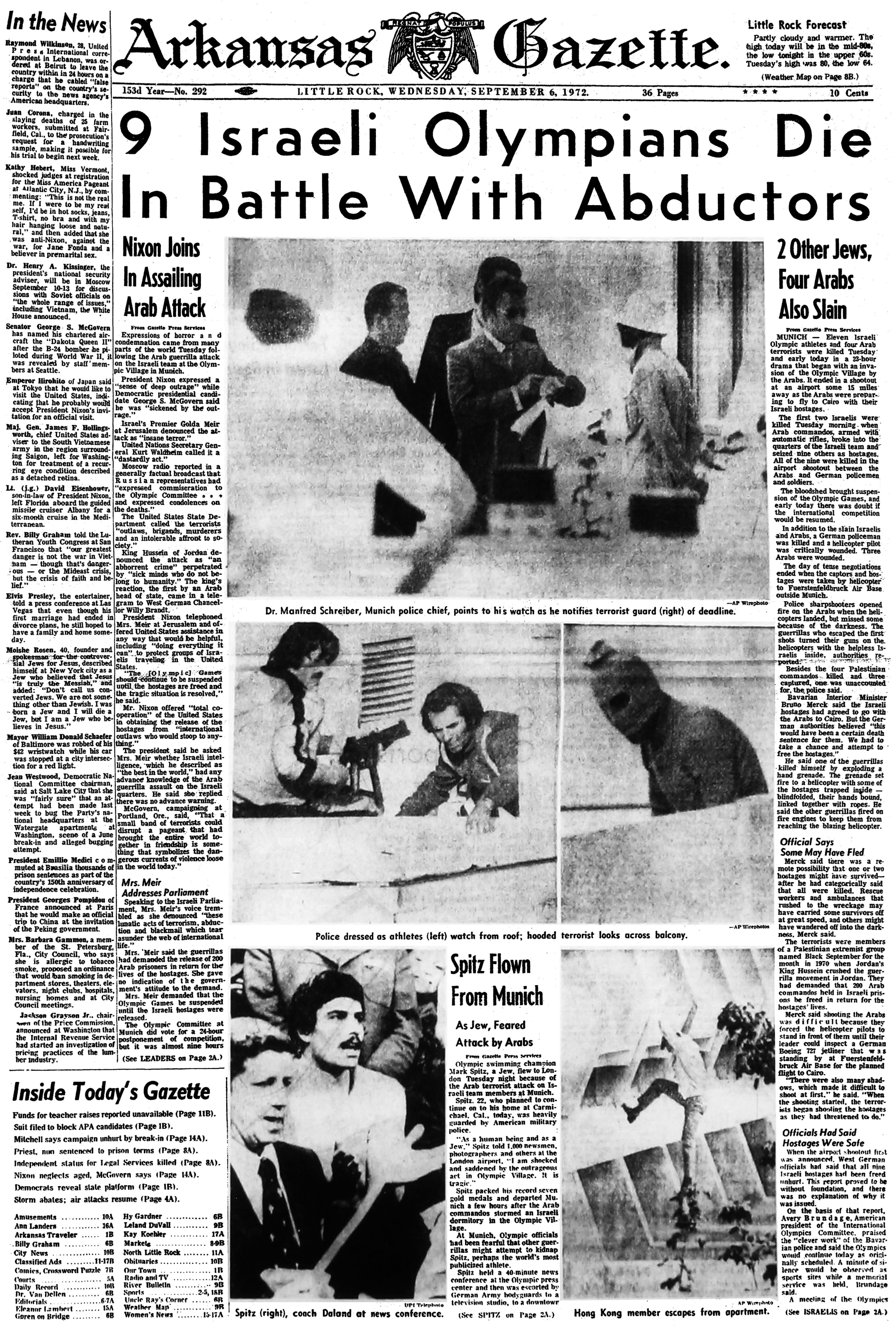