The United States was two years removed from its full involvement in the Vietnam War — and its attempts to help stifle the spread of Communism in Southeast Asia — when the last of its troops were helicoptered away from South Vietnam upon the fall of Saigon on April 30, 1975.

Two days later, hundreds of Arkansans gathered at Fort Smith’s Municipal Airport to welcome or protest the arrival of 71 Indochinese refugees from Vietnam, Cambodia and Laos who were seeking political asylum.

Fort Chaffee had hosted thousands of army trainees and prisoners of war since opening the day of the Pearl Harbor bombing — a young Elvis Presley had been given his first military haircut there in 1958 — but the facility had been intermittently inactive for the previous decade, according to the Central Arkansas Library System Encyclopedia of Arkansas. Now, refugees would be temporarily housed at the 73,000-acre camp in what was termed “Operation New Life.”

The setting was captured in detail on Page 1 of the May 3, 1975, Arkansas Gazette, as the new arrivals received a formal welcome from Gov. David Pryor in 55-degree “chilling rain,” intermingled with the shouts of a protester and counter protesters.

Pryor, through an interpreter, expressed empathy on the behalf of Arkansans.

“You suddenly find yourself in a strange land,” Pryor told the new arrivals. “All of us share your apprehension at the prospect of being thrown suddenly into new circumstances.

“We have a long history and tradition of sharing what we have with others and using our best attempts to subscribe to the Biblical admonition, ‘Do unto others as you would have them do unto you’ — this is the spirit and nature of our people.”

Those opposed to receiving refugees at Fort Chaffee were in part fearful about losing their jobs to new workers, the encyclopedia notes, but this fear was to be unfounded, as only a fraction of the refugees settled in the Fort Smith area. Subsequent resettlement programs in the 1980s would see more Indochinese settle in the area.

Overall, 125,000 refugees were resettled in the States immediately after the war, according to the Migration Policy Institute. Fort Chaffee was one of four U.S. military bases that functioned as a site for processing refugees before resettling them throughout the states, the other three far-flung locations being California, Florida and Pennsylvania. The encyclopedia tallies the total number of refugees who were processed and eventually resettled in the area to be 50,809, more than twice the 20,000 refugees expected as of the time of the Arkansas Gazette’s reporting.

CORRECTION: The Hmong are an ethnic group originating from China and Southeast Asia, including Laos, Thailand and Vietnam. Their origin was misstated an earlier version of this story. 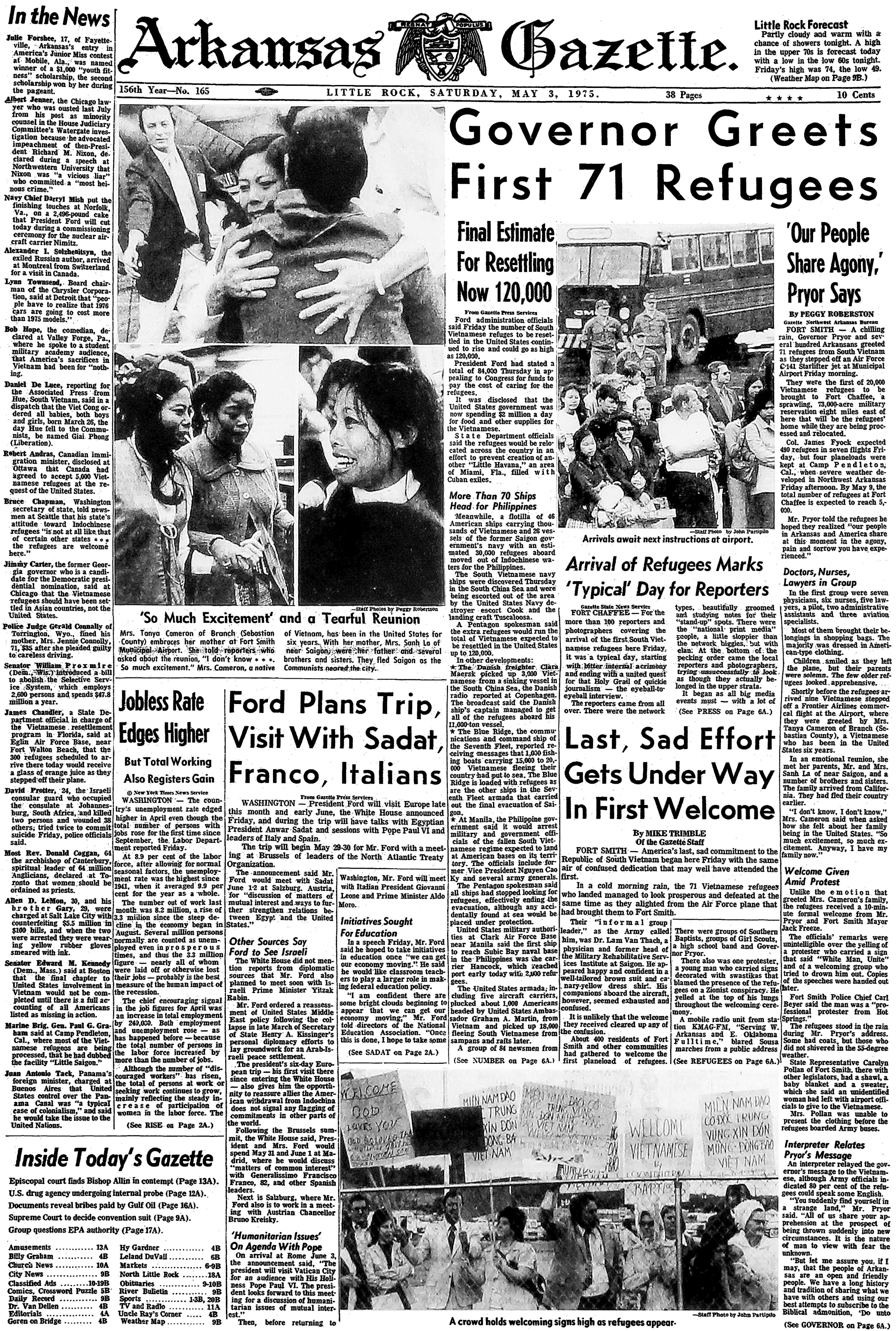