Newspaper wars of past packed punches


Newspaper wars of past packed punches

"Respectable men were expected to defend their reputations to the death in the 19th century ..."

The 1878 street duel between J.N. Smithee and John Adams, editors of the Arkansas Democrat and Daily Arkansas Gazette, is a notorious instance of life imitating metaphor, but it's not the only "newspaper war" that led to literal combat. Nor was the 1828 attempted assassination of Chester Ashley in William Woodruff's print shop the only time that an editor grappled a would-be assassin.

When they weren't dying of tuberculosis (TB), several of the Gazette's less-storied editor/publishers were punching, whipping or caning one another. But so were other residents of the raw young Arkansas.

As historian Diana Sherwood explains in her 1947 essay "The Code Duello in Arkansas," respectable men were expected to defend their reputations to the death in the 19th century. Cowards feared to fight, and thugs felt empowered to pick on cowards. But insulted gentlemen sought to kill one another in "a noble way," Sherwood writes.

Even after the Arkansas Territory outlawed dueling on Oct. 23, 1820, deathmatches on the field of honor were common -- the field shifted a step or two outside territorial boundary lines. Duels were what gentlemen did to settle differences. "Other elements of society sought settlement of disagreements through the courts, or battled out their differences with fist thrashings in a barn or saloon," Sherwood notes.

Gentlemen of the press did all of the above.

Woodruff was one Territorial editor who refused to duel and made his refusal well known. Wary of thugs, he kept his pistol close.

In the fall of 1831, the founder of the Gazette sat quietly in a meeting room used by the Territorial Legislature. For reasons mysterious, the House took a half-hour recess. With the doorkeeper across the room, Woodruff was at the clerk's table, copying out of the House journal the day's debate to publish in his weekly, four-page newspaper.

Something made him look up in time to see Dr. Nimrod Menifee coming toward him, cane in hand.

Menifee, also spelled Menefee, was a landowner and a physician. He relished a duel. Reportedly he had fled to Arkansas after killing a man who had dishonored his sister. 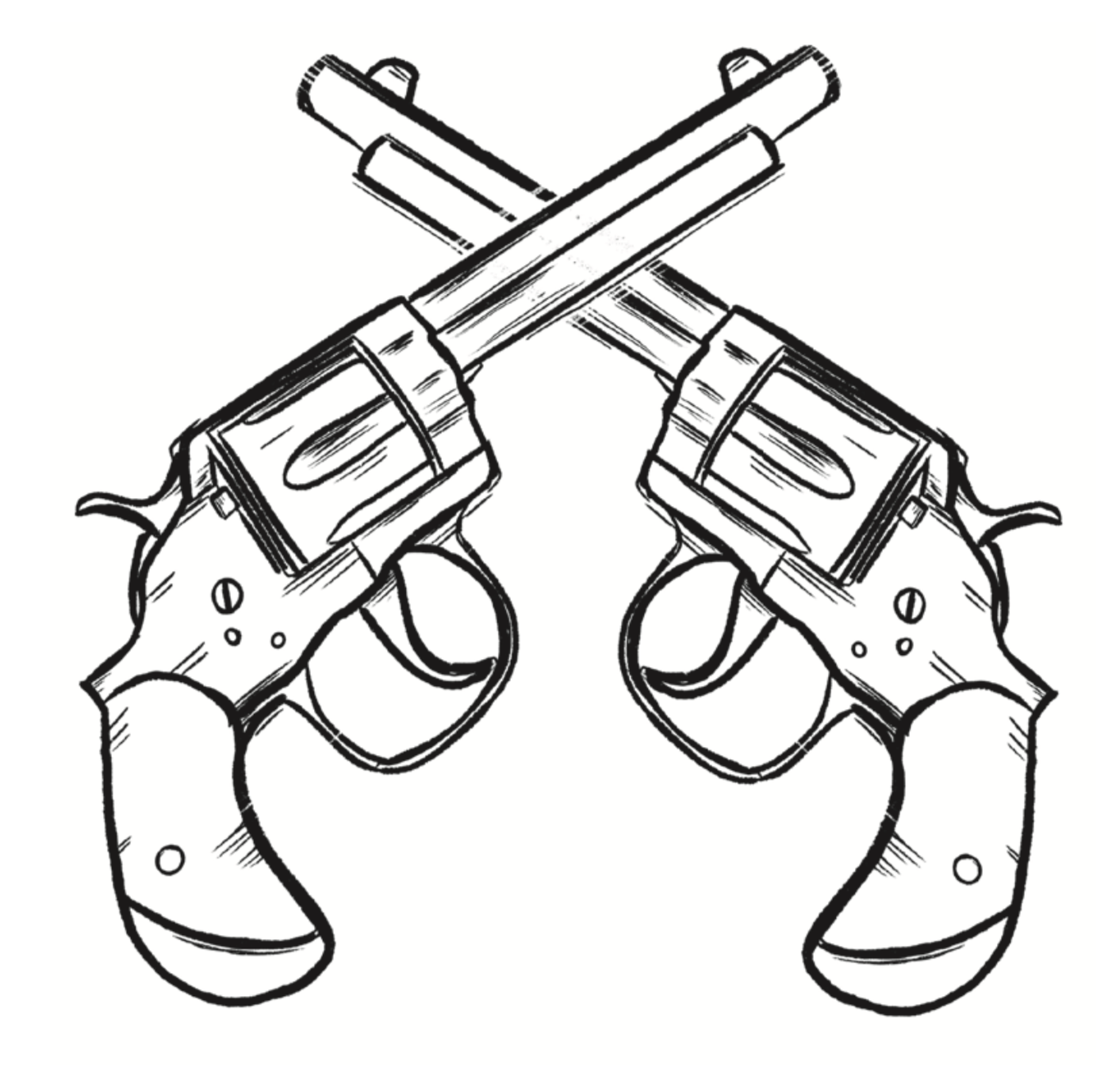 Woodruff stood, telling Menifee to stop where he was -- 5 or 6 feet away -- and Menifee lifted his cane. Woodruff cocked his pistol haphazardly. As Menifee reached into his bosom to seize a dirk, Woodruff tried to raise his pistol, but it discharged into the floor.

Woodruff told the story in The Arkansas Gazette's Nov. 2, 1831, edition: "Simultaneously with the discharge of the pistol, we received a blow on the head from his stick, which produced a slight confusion." Next thing he knew, they were in a clinch with House members pawing them apart.

Menifee had denounced Woodruff in a House speech, and four days before the brawl, Woodruff denounced that speech in print.

Woodruff in 1838 sold his newspaper, then titled Arkansas State Gazette, to its foreman, Edward Cole, who had learned the trade at the same Brooklyn paper where Woodruff apprenticed.

In Arkansas Gazette: The Early Years, 1819-1866, historian Margaret Ross describes Cole as a novelty among Arkansas editors because he disliked conflict. His support for the Democratic Party was less cranky than Woodruff's, and his pages carried stories on farming and poetry instead of angry letters about politics. But Cole published a letter by Woodruff's friend Chester Ashley about the controversial state Real Estate Bank and soon found himself being called vindictive and a slanderer by anonymous letters in a rival paper, The Times and Advocate. The Advocate was a Whig paper.

About that time David Lambert, a lawyer, arrived in Little Rock and set about printing a new paper, Arkansas Star. It supported the Whig Party, too. Cole gave its first edition a gentle review, saying the only thing really wrong with it was its Whiggery. But the professional printer added, "We do not like the notion of lawyers reaping the profits of a profession at which we served seven long years as an apprentice, but they will wring in, and we must admire their taste and judgment in changing their occupation."

Lambert printed a sharp retort; Cole parried with humor. Then the Advocate chimed in with a defense of the printing trade that escalated into a street fight between Advocate editor Eli Colby and Lambert -- using guns and knives. Both survived. Cole also had an altercation with Lambert but did not mention it in print.

Then a tornado blew in and thrashed the Star print shop, and Lambert left town with money Whig partisans gave him to refurbish his shop. He never came back.

New owners revived the Star. They claimed in print that Cole had whipped Lambert with a cowhide in a cowardly manner in a public place. Ross writes that the Star quoted two witnesses who claimed Cole crept up behind Lambert. One claimed Cole threatened to whip him, too.

"Cole denied every part of this statement and said one of the Star's witnesses was a notorious liar and the other was 'in such a position that he could not see straight,'" Ross writes. It was a public place, Cole noted. Other people saw the truth.

In 1840, Cole walked away from the Arkansas State Gazette leaving his debts unpaid, and it reverted to Woodruff. He sold it to George H. Burnett, who then died of TB, whereupon the paper reverted to Woodruff yet again. He did not want it, and he was irritated with former friends in the Democratic Party, so this time, he sold the paper to a Whig, Benjamin J. Borden.

Democrats were furious that their statewide news organ had been handed over to their foes. Archibald Yell decided to start his own Democratic newspaper, the Arkansas Banner, and he imported an outsider to edit it. In came the hot-tempered Dr. Solon Borland, who set about insulting Borden.

Friends tried to settle the grievance and put out word that they had, but the two editors slipped away to Indian Territory opposite Fort Smith, Ross writes. They chose to duel using regulation pistols at 10 paces. Borden accidentally fired with his barrel pointing down. Borland then calmly shot him in the chest. The bullet passed between Borden's ribs and exited a few inches above his heart.

Borland, who really was a doctor, then rushed over to patch him up, and a beautiful friendship ensued.

On July 17, Lambert J. Reardon, editor of the Arkansas Banner, challenged Knight to get a stick and meet him in an open space in front of the Arkansas State Gazette building, then on the north side of Elm Street between Main and Scott streets. Young Reardon proceeded to clobber Knight with a hickory stick.

Ross writes that Knight had no idea what offense he had caused.

What happened was Reardon's father had misread an editorial written by Knight, who came from the same town in Massachusetts as Capt. Albert Pike -- Newburyport. Pike was trading insults through various newspapers with his former senior officer, John Selden Roane (lawyer, planter, soldier, future governor), over Pike's conduct in the Mexican War.

"We have never yet had cause to blush for our extraction," Knight wrote, meaning he'd never been ashamed of being a Yankee, like Pike.

Somehow, the elder Reardon thought that was an insult aimed at the whole Reardon family.

According to Ross and the Central Arkansas Library System Encyclopedia of Arkansas, a few weeks later, Pike challenged Roane to a duel in the Cherokee Nation opposite Fort Smith. After two nonfatal volleys, their surgeons and seconds convinced them that the debt of honor was settled. They went into town and caroused together at a banquet.

In 1851, state Auditor (and future Gazette editor) Christopher Columbus Danley suspected that Arkansas Banner editor Lambert J. Reardon had overcharged the state on a printing contract. Danley asked Woodruff to check the math. Woodruff -- now editor of the Arkansas State Gazette and Democrat -- found that the Banner had been overpaid $1,531.62.

Editorial sniping ensued, of the sort intended to inspire fisticuffs. But Danley -- who had a bum leg from a war wound and a weak arm -- refused the bait.

Reardon's junior editor was also named Lambert -- Lambert A. Whiteley. About noon Sept. 16, the two Lamberts sat down at the head of an alley by The Anthony House barroom, obviously in wait for someone.

Danley was a boarder at The Anthony House as was his brother, Sheriff Benjamin F. Danley, who had lost the use of one hand in the war. As the brothers walked up, the editors rose in a threatening manner. C.C. Danleysaw the glint of Whiteley's pistol emerging from his pocket and smacked him with his cane. Whiteley's gun discharged.

Danley's friend Solon Borland just happened to be on the boardinghouse veranda at the time. Borland jumped in to prevent Reardon from shooting C.C. Danley in the back. Borland disarmed the editor with one hand while shoving him to his knees with the other. A bystander, thinking Reardon was shot, got Borland to let him go, but no sooner did Reardon stand than he was knocked down again by another Danley brother, William, a steamboat engineer who heard the pistol and came running.

Whiteley ran away down the alley, with C.C. Danley limping futilely after, but Ben Danley caught him and flailed at him with his cane. Whiteley easily snatched the cane from the one-handed Ben Danley, knocked him down and pummeled him ... until C.C. arrived and started caning him again. Whiteley backed away; Ben shot at him from the ground, giving the retreating editor a flesh wound; and then William Danley hit Whiteley with his stick.

William was getting the worse of the fight until C.C. limped up and cracked Whiteley over the head, subduing him.

Reardon was carried away unconscious.

A justice of the peace friendly to Reardon and Whiteley investigated, but the Danleys went out of town.

In May 1855, John Milton Butler, Arkansas Whig founder, was planning to support the anti-immigrant Know Nothing Party by starting a newspaper with his brother, James D. Butler. But John got into a fight with his brother-in-law, Edward Marcus, who was a German immigrant. They shot it out on Markham Street. Both died.

Since the Butler brothers never founded that Know-Nothing paper, the Arkansas State Gazette and Democrat's owner/editor Christopher Columbus Danley and his then-partner Soland Borland switched the Gazette's political affiliation from the Democratic Party to the Know Nothings.

Fred Allsopp, who was business manager of the Arkansas Gazette in the late 19th and early 20th centuries, tells one last story of editorial violence in his History of the Arkansas Press for a Hundred Years and More:

"During the 1897 session of the Legislature, Col. J.N. Smithee, while editing the Gazette, severely criticized the members of the House and Senate, in connection with railroad legislation," Allsopp writes.

"Senator R.D. McMullen, of Yell County, was particularly called to account by the editor. Day after day Smithee fired hot shot at the solons. Senator McMullen was goaded to make a show of resentment.

"He called at the office, and, with a cocked revolver in his hand, demanded an apology from Smithee, who replied that he had none to make.

"The writer was present [this being Allsopp], and from behind McMullen caught his hands as he was about to fire, causing the bullet to miss its aim perhaps, although the senator was greatly agitated and, therefore, incapacitated for the cool execution of such a deed. He was disarmed, and the affair ended there. Smithee refused to prosecute the offender.

Information for this article was contributed by Jeanne Dahl and Kelly Brant.