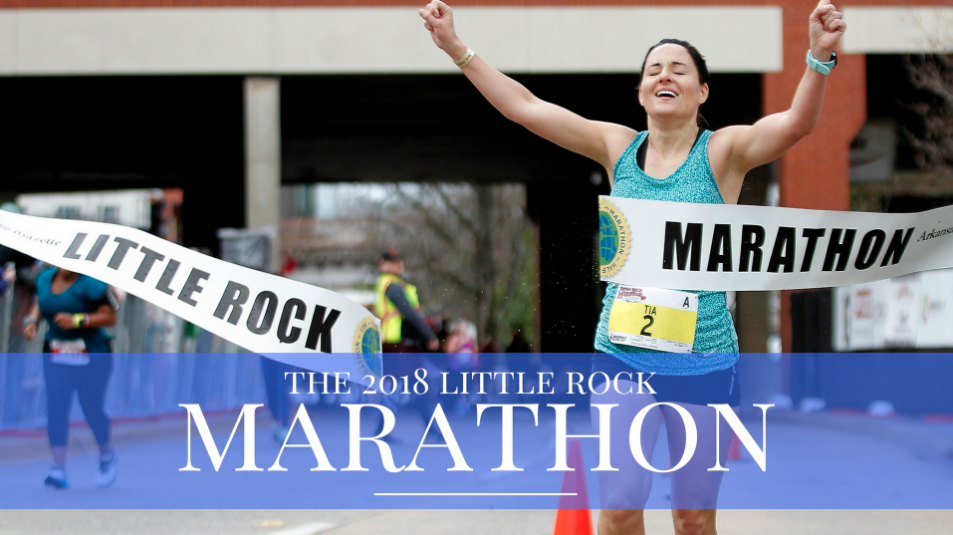 Two runners from the United Kingdom celebrated more than just a marathon finish in Little Rock on Sunday.

Paul Hollidge, 48, got down on one knee after crossing the finish line with Deborah Cubberly, 42, in just over four hours. But it wasn’t from exhaustion.

Cubberly accepted the ring tearfully, and Hollidge pumped his fist as spectators cheered.

“We always run together,” Cubberly said.

Henri Coeme, a 65-year-old from Missouri, has been running with Miles since he found him 3 years ago. #LRmarathon pic.twitter.com/IHtQVRFpCm

Tia Stone was again the fastest female runner, crossing the line in just under three hours Sunday. It marks her third marathon win in a row.

 The 39-year-old ran cross country and track at Harding University “like 20 years ago” she said, and has lived in Searcy ever since.

 Stone said she had been trying to beat three hours for the past two years and said she would have been happy without the win if she made that time, which she previously missed by less than a minute. The hardest part was getting up the hill Kavanagh Boulevard and keeping up with a competitor, she said.

 She said the support of her family, including a daughter who runs middle school cross country, helped keep her going.

 “They know how much I’ve trained for this and practiced running on hills for the last three months,” she said.

 The crowed helped too, she added.

A 23-year-old from St. Louis finished his first-ever marathon in Little Rock on a drizzly Sunday — and won.

 Drew Mueller, who ran cross country and track for Arkansas State University, said the hardest part was the hill at mile 25, where he said he almost started walking but managed to power through.

 “I’ll try not to brag too much about it,” he said with a laugh.

 Mueller said he’s been running for 10 years and trains with a club in St. Louis. He started Sunday’s race at a conservative pace to save energy at first, he said, since he had never run more than about 22 miles.

 He said the light showers helped him keep cool during the race and that he enjoyed the scenic route.

Melissa Hambuchen from Conway, Ark., crosses first in the women's half. #LRMarathon pic.twitter.com/SuBJrhkY0C

Derek Lee crosses the line to claim 1st place in the half! #LRMarathon pic.twitter.com/eb55pzkjmv

New video from the start line has been posted below and on our videos page, and new photos have been added to our gallery here. 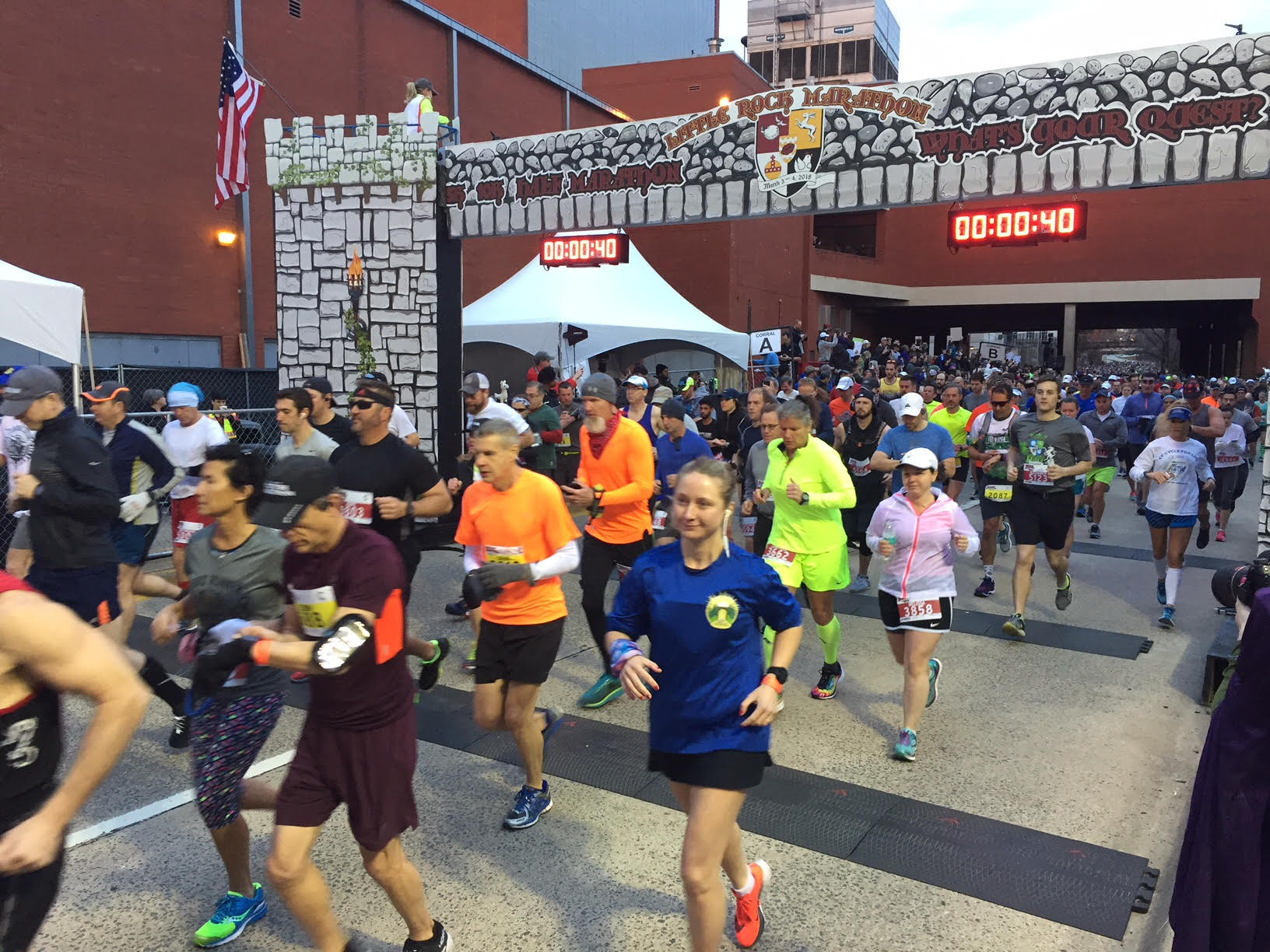 New photos have been added to our 2018 Little Rock Marathon gallery. Click here to see them, check back for hundreds more throughout the day and read Monday's Arkansas Democrat-Gazette for full coverage.

We're off! Making the turn onto the Broadway Bridge at Robinson Auditorium. #LRMarathon #whatsyour https://t.co/aEHQiByq6v


Wheelchair racers crossing back into Little Rock from the North side of the river, with continued wave of runners making the journey across. #LRMarathon pic.twitter.com/L2XiPIgPlP

The 2018 Little Rock Marathon has started. Watch live video on our videos page.

Marathoners in Little Rock on Sunday just might outrun the rain, forecasters say.

The morning will start out cool, about 40 degrees at sunrise, and rise into the upper 50s as the day goes on, according to Michael Brown, a meteorologist at the National Weather Service in North Little Rock.

The start time for the Little Rock Marathon and half marathon is 7 a.m.

The chance of rain before noon is about 20 percent, Brown said, but precipitation is more likely after the finish line closes at 3:30 p.m.

"I wouldn't be too surprised to see a few showers, maybe at the end of it," he added.

Runners in the 5K and 10K runs Saturday will race under clear skies, with temperatures reaching the 50s during the day, Brown said.

Check back for updates all day on Sunday.