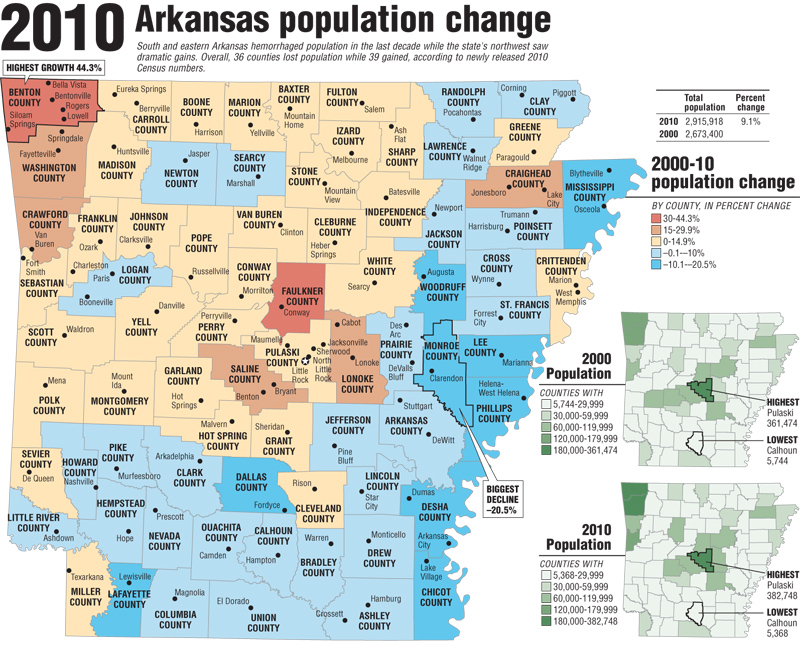 The nation’s Hispanic population topped 50 million after accounting for more than half of the nation’s overall population growth over the past decade, the U.S. Census Bureau reported Thursday. Overall, 1 in 3 Americans identifies as a member of a minority group while nearly 1 in every 2 children identifies as a race or ethnicity other than white. 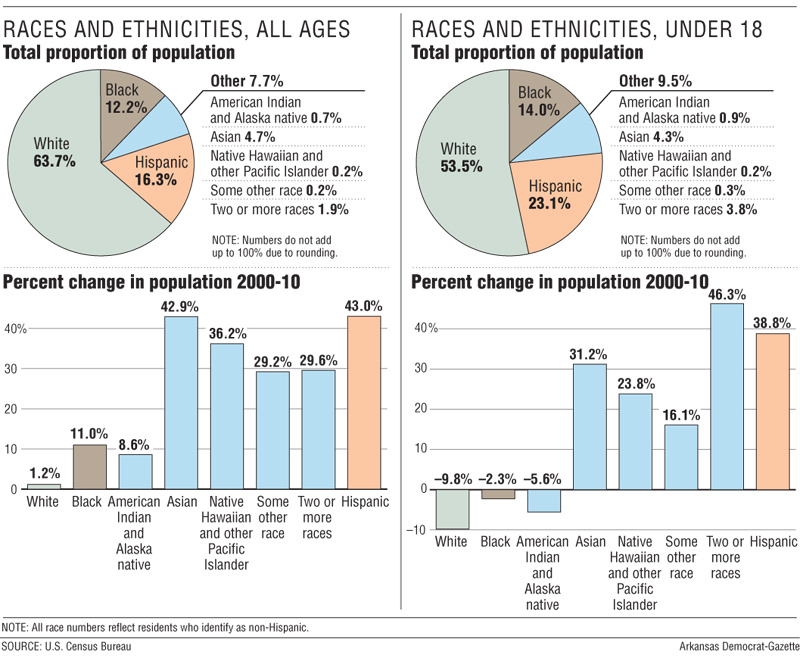 Interstate 630 continues to be a geographic divider between Little Rock residents of different races and ethnicities, according to an Arkansas Democrat-Gazette analysis of 2010 Census numbers. The majority of whites live in the northern and growing western parts of the city while blacks and Hispanics live in the southern parts, reinforcing a decades-long trend. Roll over the "White Population," "Black Population" or "Hispanic Population" bars below the map to show the racial and ethnic breakdown of each census block group — roughly the size of most neighborhoods — within the city. 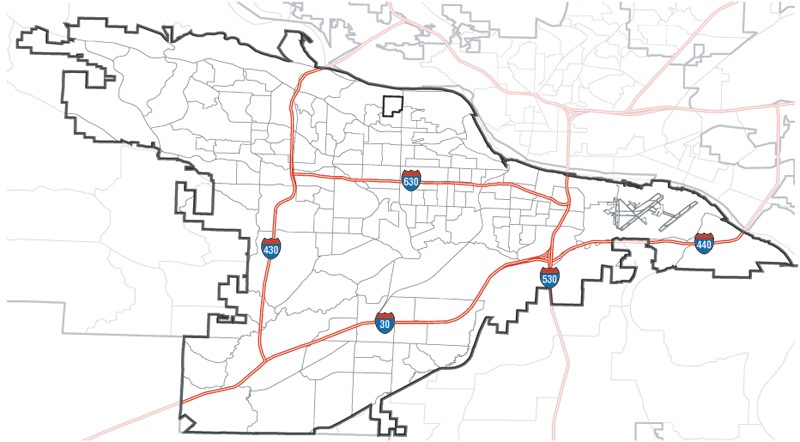 White Population
Black Population
Hispanic Population*
* The percentage of the population for Hispanics is not on the same scale as for white or black populations.