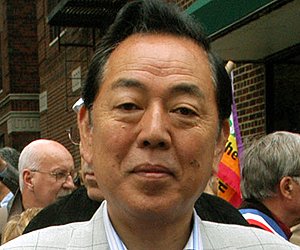 Nagasaki Mayor Iccho is seen in this 2005 file photo. The three-term mayor was shot and killed outside a train station in Nagasaki, southwestern Japan on Tuesday.

The mayor of Nagasaki was shot to death in a brazen attack Tuesday by an organized crime chief apparently enraged that the city refused to compensate him after his car was damaged at a public works construction site, police said.