Norman, 41, pleaded guilty to misdemeanor negligent homicide in the death of Joseph Erin Hamley, 21, of Springdale. 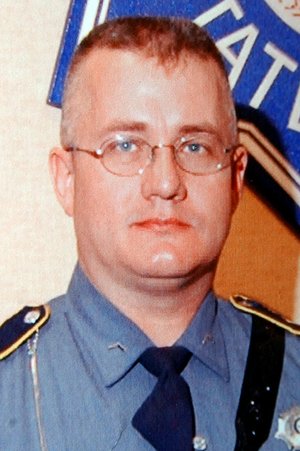 The 18-year police veteran from West Fork shot Hamley on March 7, 2006, along U.S. 412 in Benton County, believing he was a fugitive reaching for a gun.

A grand jury's report states all Hamley had in his pockets were toy balls. He had cerebral palsy and was mentally disabled.

The officers thought Hamley was Adam Lee Leadford, 18, who had escaped from a Michigan prison boot camp and had been spotted in Northwest Arkansas. Leadford was arrested later that day in Springdale.

Hamley's mother said after the sentencing that the family was satisfied with the sentence.

Some of Norman's family and supporters cried during the sentencing hearing.

The agency granted Norman medical retirement last year due to what his attorney called an "enormous psychological overlay" from the shooting.

Norman faced up to a year in jail. Benton County Circuit Judge Tom Keith heard testimony Thursday from the former trooper and from Hamley's family members and said he considered Norman's years of police service before imposing the jail term.

The judge said Norman would be released from jail for 10 days beginning Friday, to put his private affairs in order.