For many that term evokes long ago memories of patent-leather shoes, ill-fitting suits, hand fans and missed kickoffs. For others it calls to mind legendary singers like Albertina Walker, Shirley Caesar and Mahalia Jackson singing songs full of emotion, heartache and pain that were penned ages ago and performed by choirs in un-air conditioned sanctuaries and store-front churches. Gospel music is the songs grandma played on Sunday mornings. 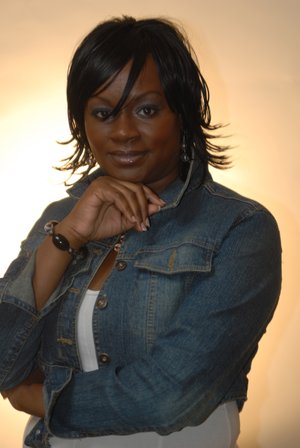 Contemporary gospel singers adopt the style of popular music to build upon their traditional roots.

As hip-hop, R&B and neo-soul began to dominate the airwaves, a younger generation of music lovers and music makers moved away from traditional gospel, the music lost its place in the mainstream. But thanks in part to artists like Delya Chandler of Little Rock, that generation has returned with a music all its own, complete with energetic tracks, honest lyrics and a sound that is both infectious and inspirational: contemporary gospel music.

Delya will release her debut album, "Breakthrough," on May 22.

Delya discovered her love for singing at the age of 9, but she didn't decide to make a go of it until later in life.

"I decided that I wanted to sing for a living in my late 20s," she said. "I started pursuing this dream by singing R&B and, later, a little jazz."

Setbacks and an inexplicable emptiness deep inside threatened to derail her dreams.

"That [performing R&B and jazz] was not filling for me," Delya said. "So I waited awhile, got married and had a couple of children and tried to pursue singing R&B again. But still no fulfillment." 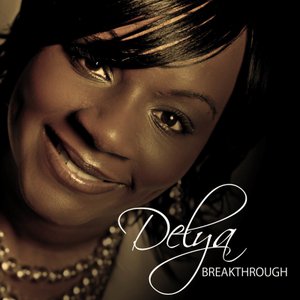 Contemporary gospel singer Delya Chandler will release her debut album, Breakthrough, on May 22.

It wasn't until Delya rediscovered what originally started her on this journey as a singer that she finally found direction.

"I finally gave that up and began singing what actually attracted me from the beginning, the spirit of God," she said.

Though she finally found her path, Delya would experience more resistance along the way - from within her very own musical community.

Few traditionalists believed that the style and design of contemporary popular music could ever become part of the gospel genre. So gospel music became the soundtrack for a young generation's indifference.

"I do feel that there were some that were totally against the change and some that are yet holding fast to the traditions of the gospel music industry," Delya said. "But in the same token we who were exposed to these same traditions understand that without the history of gospel music we would have no foundation to build upon. They have laid a valuable and sturdy foundation, now we have to keep building and flow with what Christ is conveying to the world today."

It's this unconditional attitude, tireless determination and unmatched talent that earns Delya the respect and adoration of her peers.

"She's awesome," said Tawanna Campbell, lead singer of Ultimate Groove. "(I'm) not understanding why she's not famous or something."

On Delya's MySpace page, the highly-respected and accomplished singer Nicky Parrish pays her a visit.

With artists like Delya leading the charge of contemporary gospel music, its popularity has soared in recent years. Contemporary gospel artists have sold millions of albums, won Grammys and, at times, crossed over into the pop world. Still it is not prevalent in today's mainstream media. Why that is and what will remedy this problem is a question few outside - or inside - the industry can answer.

"I think that as soon as we realize that this is what the world is groaning for, this is what is needed in our homes, in our societies, in our communities, schools, etc., we won't have to beg to be played in major rotation but that they will come looking for us," Delya said.