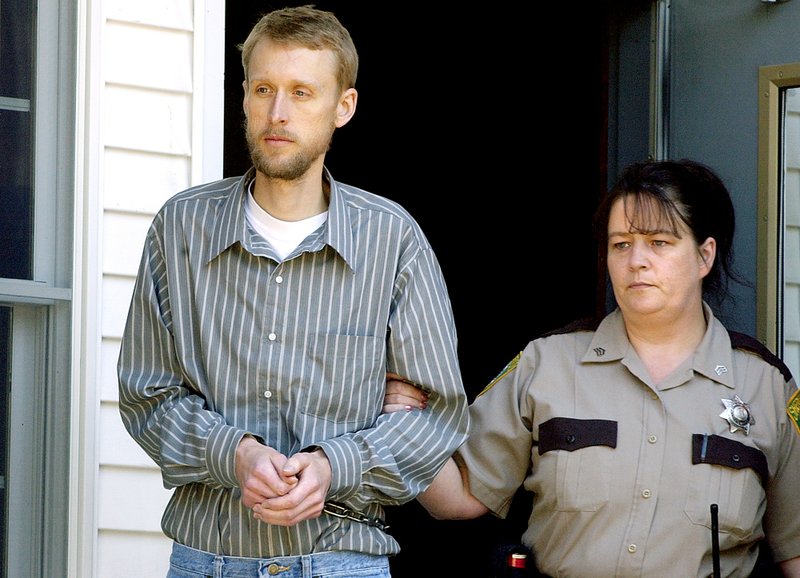 Christian Nielsen, left, is led out the back door of the Oxford County Superior Courthouse to a waiting police cruiser in Paris, Maine, on Thursday, Sept. 13, 2007. L

PORTLAND, Maine — Christian Nielsen is competent to stand trial next month for a bloody rampage in which four people were killed and dismembered over a four-day period last year in western Maine, a judge ruled Thursday.

Justice Robert Crowley concluded that the 32-year-old cook meets the legal standard for competency set by the state supreme court. His trial on four counts of murder is set to begin Oct. 10 in Oxford County Superior Court. 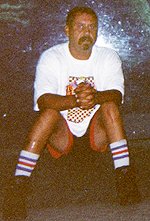 Photo by AP
In this undated photo provided by the family, James Whitehurst is shown.

Nielsen's lawyers indicated they planned to pursue an insanity defense, but Nielsen signaled last week that his preference would be to plead guilty if he's ordered to stand trial. Whether he pursues a change of plea remains to be seen.

Defense lawyers contended Nielsen was not competent to stand trial because he's emotionally detached and incapable of assisting in his defense.

But Assistant Attorney General Andrew Benson insisted that Nielsen has the skills necessary to aid in his defense if he chooses to do so.

In his ruling, issued in Paris, Crowley agreed that Nielsen's seeming disinterest is frustrating for his legal team. But the legal standard "is whether a defendant can cooperate, not whether he actually is cooperating," he wrote.

Nielsen is charged with killing three women at the Black Bear Bed & Breakfast in Newry over Labor Day weekend in 2006. Remains of a fourth victim, an Arkansas man who was a guest at the bed and breakfast, were found miles away near Upton.

Last week, two psychologists agreed with each other on some of their assessments of Nielsen. But they disagreed over whether he has the ability to assist his defense team.

Dr. Ann Leblanc of the state forensic service said he could take a larger role in his defense if chose to do so. Dr. Charles Robinson, a defense psychologist, concluded that Nielsen's mental illness prevents him from engaging his lawyers.

To be found competent, Nielsen must understand the charges against him, understand his own situation and have the ability to cooperate with his defense lawyers in a "rational and reasonable way," Benson said in court.

"It is a fairly straightforward ruling," Benson said Thursday. "The judge looked at the standard set by the (state supreme court) ... and simply concluded that the overwhelming weight of the evidence was that Christian Nielsen has the skills of competence."

Nielsen's lawyer, Ron Hoffman, said he'll try to get Nielsen to talk about the case, but that so far his client won't discuss what he was thinking at the time of the murders.

"If I can't get him to talk about the plea, I'm left with no choice but to go to trial," Hoffman told WCSH-TV.

The finding that Nielsen is competent to stand trial doesn't prevent Nielsen from pursuing an insanity defense if the case goes to trial as scheduled.

Though Leblanc said Nielsen meets the legal definition of competency, she acknowledged that "he's not a mentally healthy person at all."

Authorities say the slayings centered on the Black Bear Bed & Breakfast, where Nielsen was a long-term guest while working nearby as a cook.

The first victim was James Whitehurst, 50, of Batesville, Ark., a handyman who had been staying at the B&B and helping out the owner, police said. Authorities said Nielsen burned and disposed of Whitehurst's body in the woods in Upton.

Nielsen is accused of killing the Black Bear's owner, Julie Bullard, 65, two days after that. The following day, Labor Day, Bullard's daughter, Selby, 30, and her friend, Cindy Beatson, 43, were killed when they arrived at the inn unexpectedly.