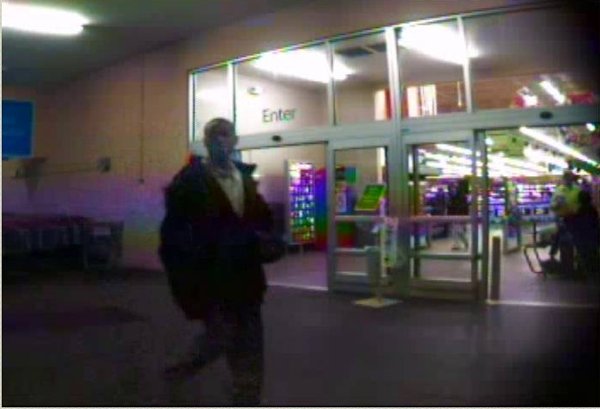 A photo taken from a security camera shows an unidentified man at the entrance of the Sherwood Wal-Mart. The man is accused of running off with the Salvation Army bucket.

SHERWOOD — Authorities are searching for a man they say swiped a Salvation Army donation bucket outside of a Sherwood store.

Police say the man walked out of the Walmart Supercenter there Monday night, acted as though he was going to donate money and then grabbed the bucket and ran off.

He reportedly then ran into the parking lot, got into a white, older-model BMW and drove off.

Major Harvey Johnson, the Salvation Army central Arkansas area commander, said the man likely acted out of desperation amid an economic climate that was already slowing donations across the state. The group had raised $193,000 through Dec. 12, about $44,000 less than it collected in the same span last year.

Johnson said the thief might have escaped with up to several hundred dollars. The crime happened between 6:30 p.m. and 7 p.m. and a typical kettle outside a Walmart raises $400 over the course of a day.

"We would hope that he realizes what he did was wrong," Johnson said. "It wasn’t right no matter if he felt desperate or not ... He should return what he took and take personal responsibility for that."

The man is described as a dark-skinned black man with short hair. He is about 6 feet tall and was wearing a black jacket.

Anyone with information on the crime is asked to call the Sherwood Police Department at (501) 835-1425. 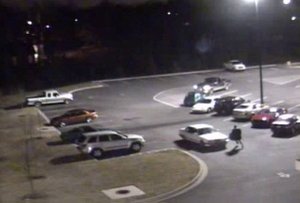 Photo by Sherwood Police Department
A photo taken from a security camera shows an unidentified man by a car in the Wal-Mart parking lot. The man is accused of running off with the Salvation Army bucket.
ADVERTISEMENT