Father, son without home after fire 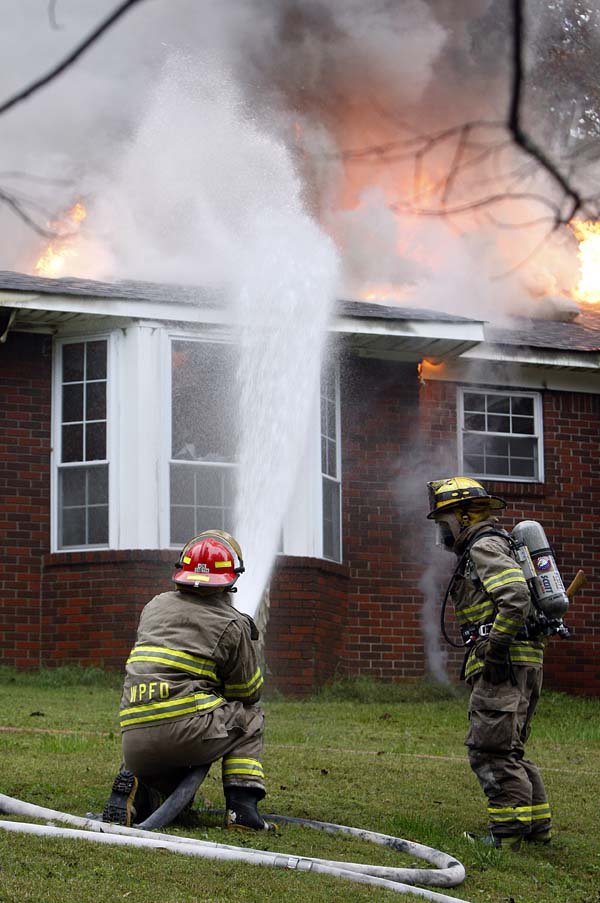 Volunteer firefighters battle a house fire Tuesday at 13810 Colonel Glenn Road in Pulaski County. The structure was a total loss, officials said. No injuries were reported.

About 2 p.m., a fire broke out at the home at 13816 Colonel Glenn Road while John Cate was inside, Rehrauer said. He was able to get out of the house safely and attempted to put the flames out, but fire engulfed the home, Rehrauer said.

Phillip Cate, who also lives at the address, was not home at the time, Rehrauer said.

No one was injured, Rehrauer said.

The Red Cross is helping the family with housing andbasic necessities.

“We are putting them up for a couple of nights in a hotel and have given them a debit card for emergency purchases,”Red Cross spokesman Brigette Williams said.

The cause of the fire is still under investigation, Rehrauer said.