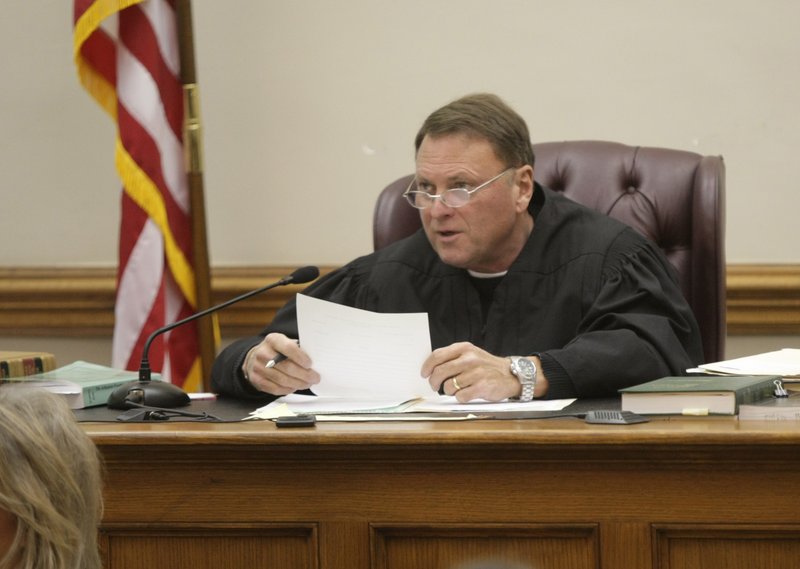 Circuit Judge Chris Piazza said Initiated Act One, passed by voters in 2008, constituted an unwarranted invasion of privacy. The law effectively banned gays from adopting or fostering children because they are unable to legally marry in Arkansas.

He said in his two-page ruling that people in “non-marital relationships” are forced to choose between becoming a parent and sustaining that relationship. Piazza wrote that the act was "especially troubling" in how it singled out the "politically unpopular group."

“Due process and equal protection are not hollow words without substance,” he said. “They are rights enumerated in our constitution that must not be construed in such a way as to deny or disparage other rights retained by the people.”

Piazza agreed with claims by families who said the ban lessened the number of available adoptive and foster parents to the point where thousands of children could go without homes.

He said the ban cast “an unreasonably broad net” and did not serve the state’s interest.

The act was passed after the state Supreme Court ruled that the Child Welfare Agency Review Board exceeded its authority by approving a regulation banning homosexuals from serving as foster parents. The court ruled in DHS v. Howard that the regulation was based upon morality and bias.

The American Civil Liberties Union then sued the state in December 2008 on behalf of a group of families seeking to overturn the ban.