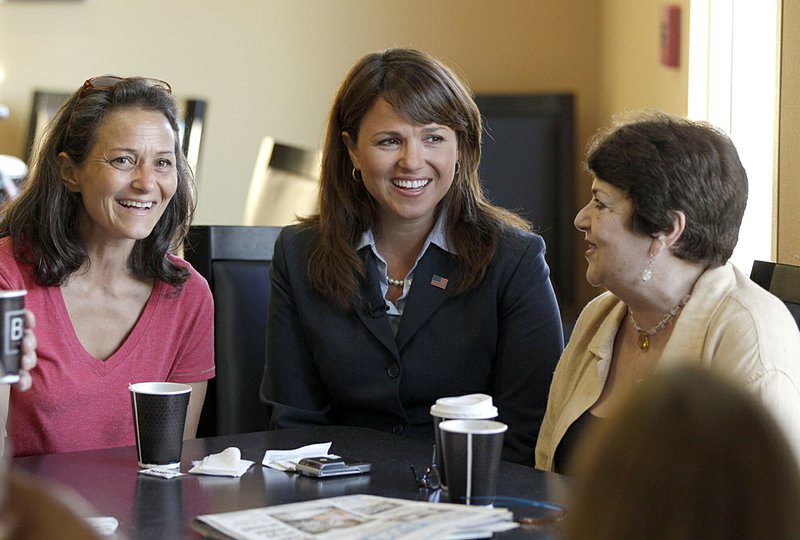 The Delaware Republican appeared on several network morning shows to defend herself a day after The Associated Press reported federal authorities have launched a criminal probe to determine whether she broke the law by using campaign money to pay personal expenses.

O’Donnell, the tea party favorite who scored a surprise primary victory before losing in the general election, suggested the accusations are driven by her political opponents on the right and left, including Joe Biden. He represented Delaware in the Senate for decades before he became vice president.

“You have to look at this whole thug-politic tactic for what it is,” she said Thursday.

She said she found it suspicious that she, her campaign staff and her lawyer have not been informed of a federal investigation.

A person familiar with the investigation confirmed it Wednesday, speaking on condition of anonymity to protect the identity of a client who has been questioned as part of the probe. The case, which has been assigned to two federal prosecutors and two FBI agents in Delaware, has not been brought before a grand jury.

O’Donnell, who set a state record by raising more than $7.3 million in a tea party-fueled campaign this year, has been dogged by questions about her personal and campaign finances.

At least two former campaign workers have alleged that she routinely used political contributions to pay personal expenses including her rent as she ran for the Senate three consecutive times, starting in 2006. She acknowledged in a newspaper interview in March that she paid part of her rent with campaign money, arguing that her house doubled as a campaign headquarters.

On Thursday, O’Donnell told NBC’s “Today Show” that she paid the campaign to use the townhouse as her legal residence because her home was vandalized.

O’Donnell said people making the spending allegations include a fired former staff member and a former volunteer, both of whom she described as disgruntled. She says many other workers who spent longer with her campaigns have defended her.

The U.S. Attorney’s office in Delaware has confirmed it is reviewing a complaint about O’Donnell’s campaign spending made this year by a nonpartisan watchdog group, Citizens for Responsibility and Ethics in Washington. But officials in the office and the FBI declined to say whether a criminal investigation was under way.

O’Donnell, who announced just after Election Day that she had signed a book deal, hasn’t held a full-time job in years and has struggled to explain how she makes a living.