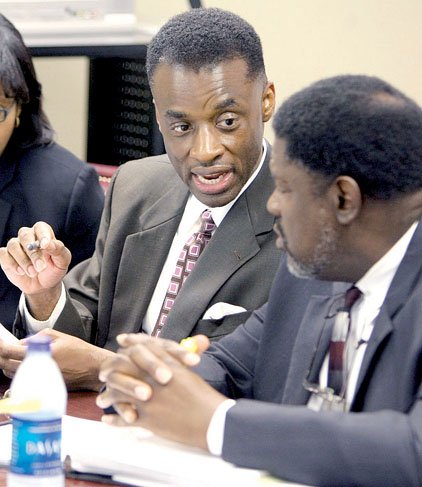 In a decision that bars him from the judiciary for life, the Arkansas Supreme Court on Monday stripped Willard Proctor Jr. of his circuit judgeship.

The rare move — Proctor, 47, is only the second judge ever removed from the bench — came as a result of Proctor’s involvement with a non-profit criminal rehabilitation group he started and for what the court said were improper relationships with probationers.

In a 64-page order issued Monday, the high court sided with the Arkansas Judicial Discipline and Disability Commission, which sought Proctor’s removal from the bench.

Proctor had acknowledged making some missteps in his role overseeing Cycle Breakers Inc., but he contended that he merely was trying to run an innovative rehabilitation program and had stopped engaging in any activities that might seem improper. He told the Supreme Court earlier this month that his “motives were nothing other than pure.”

But the court said in a 4-0 decision that his actions went too far for him to maintain credibility as an impartial judge.

“We order Judge Proctor removed,” Justice Paul Danielson wrote for the court, which in this case included two specially appointed justices. Justice Robert Brown issued a concurring opinion that agreed with the court but separately chastised the state’s judicial-discipline panel for failing to follow some of its own rules as it investigated and tried Proctor on misconduct charges.

The court found that although Proctor had “good intentions” with his Cycle Breakers program for probationers, “good or true intentions do not absolve a judge of his or her ethical duties under the canons,” said the court’s opinion.