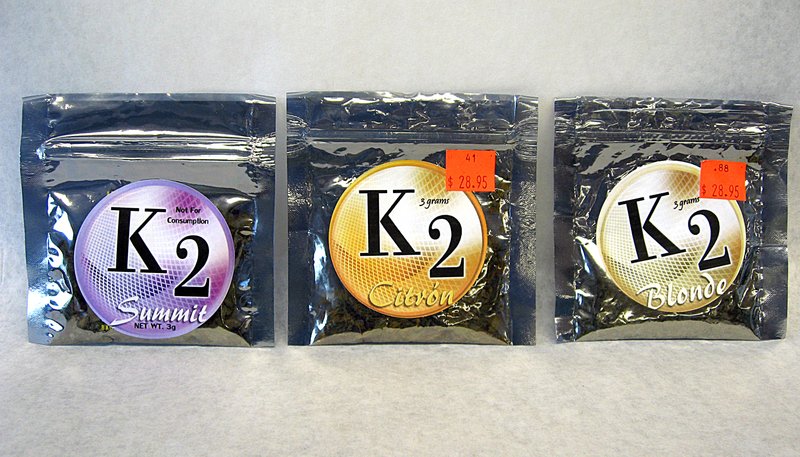 The state Board of Health approved an emergency ban on the K2 and and other synthetic marijuana substances.

LITTLE ROCK — Gov. Mike Beebe has signed an emergency order banning the sale of K2 and other synthetic marijuana products.

The Arkansas State Board of Health approved the ban and Beebe signed the order a short time later. Only one board member voted against it.

The order will last for 120 days, though the board indicated it will go through a process to install a permanent ban on K2 and similar substances.

Board members voted after hearing statements from legislators, an Arkansas prosecutor, Arkansas State Police and others. Supporters of the ban argued the drug hasn't been tested, causes problems like dangerously high blood pressure and seizures and isn't even marketed for human consumption.

Marcus Vaden, prosecuting attorney for the 20th Judicial District, told the board his fellow prosecutors were "overwhelmingly" in favor of the ban.

There have been issues involving K2 in his jurisdiction, he said, including users arriving at the hospital with hallucinations and convulsions and car accidents tied to its use.

"This is a dangerous thing that's out there," Vaden said. "It's having effects and we don't know the magnitude of the effects. But I can tell you from the front lines, it is a problem."

Representative Donna Hutchinson, R-Bella Vista, said synthetic marijuana is sought out in northern Arkansas as people make their way to Missouri, which has banned the substance. She called it "illogical" that a drug like K2 could be sold without regulation.

K2 was first developed as part of a National Institute on Drug Abuse research project and has never been approved by the Food and Drug Administration.

"What started out to be probably a good drug eventually has turned into Frankenstein," Hutchinson said. "And we need to move it back into the regular format, the regular way we test and make sure that drugs are safe for human beings."

Dr. Marvin Leibovich, an emergency and trauma doctor at UAMS, cast the lone vote against the ban. He said there have been only 26 problem cases with possible ties to K2 across the state, a paltry sum compared to the estimated 40,000 annual hospital visits tied to alcohol abuse.

Violators of the new ban face a misdemeanor conviction that carries a fine of up to $500 and up to a month in jail. A separate civil penalty carries a fine up to $1,000.