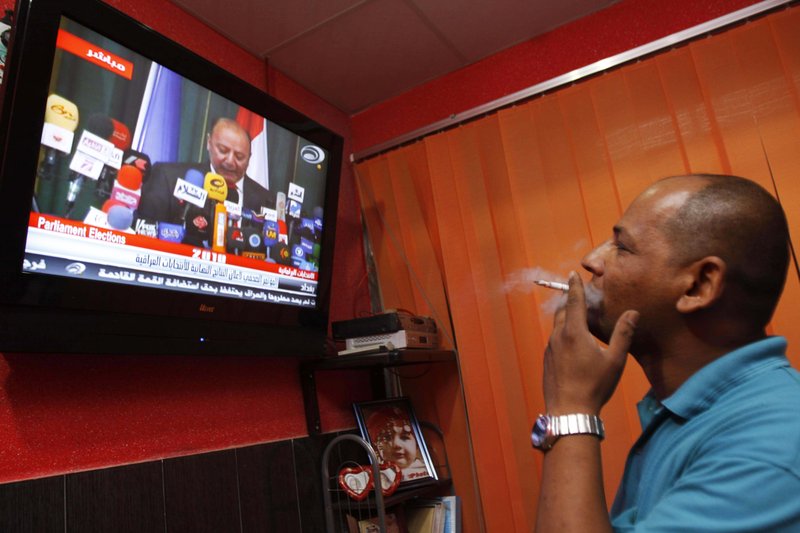 An Iraqi man watches a live broadcast of a news conference presented by Faraj al-Haidari, chief of the Independent High Electoral Commission in Basra, 340 miles southeast of Baghdad, on Friday.

Al-Maliki told a news conference he would challenge the results.

The tally marks a serious setback for al-Maliki but does not necessarily guarantee Allawi the prime minister’s post, only the right to try to form a coalition government.

No group came close to winning the majority of the 325 seats needed to form a government, forcing them to start talks to build a coalition. Those negotiations may drag on for months, hampering the Obama administration as it prepares to pull combat troops out of the country by the end of August. Al-Qaida has threatened a new campaign of attacks against all of the parties.

The results were based on numbers released by the election commission and compiled by The Associated Press. The commission released the seat allocation by but did not include an overall number of seats won.