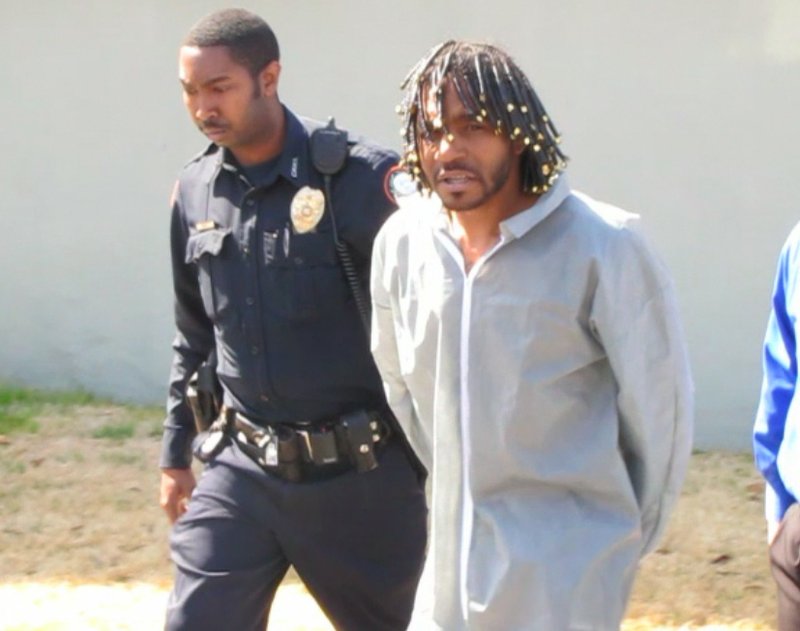 Police have identified the man accused of shooting two police officers while they tried to serve a search warrant at a Little Rock apartment early this morning.

Harry Porter, 33, is charged with first degree battery with a law enforcement enhancement, two counts of attempted murder and a host of drug charges. Six others who were in the apartment are also facing drug charges after police found marijuana, cocaine and Hydrocodone inside, police said.

Porter is the resident at 2200 Marshall Street, the apartment where police were trying to serve a search warrant when the shooting occurred just after 6:30 a.m. He was previously arrested last September when police reported finding cocaine and drug paraphernalia in the same residence.

Two others in the apartment who were shot when police returned fire remain hospitalized, including a woman who is in "very critical" condition, Little Rock Police Department spokesman Lt. Terry Hastings said.

Both officers who were shot have been treated and released. Police say they will not release their names until Saturday morning because of "family issues."

Porter, speaking as police led him from the downtown detective office and into a patrol car this afternoon, said he did not fire at the officers.

"I didn't shoot nobody," he said, adding later that he hid in the closet when he heard the shots and didn't see who fired them.

Police identified the other arrested suspects as: Asia Lewis, 21, Nicole Johnson, 39, Melissa Morris, 40, Larry Randall, 56, James Jones, 51, and Tamala Hayman, 44. No other suspects made statements as they were escorted out of the detective office. 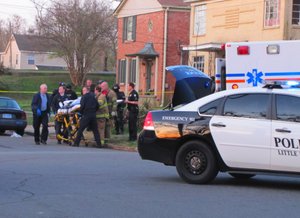 Floyd Walton, 53, remains hospitalized but will face drug charges once released, Hastings said. The woman in critical condition has not been identified.

Hastings called the residence a "drug house" and the incident an example of the violence such places can bring.

The department will conduct an internal and a criminal investigation into the police shooting, which is policy in all such incidents. The latter will be forwarded to the prosecutor for review.

Two police officers were shot and a third injured as authorities tried to serve a search warrant this morning at a Little Rock residence.

Two people inside the apartment at 2200 Marshall Street were shot when police returned fire.

The officers' injuries are believed to be non-life-threatening, said Little Rock Police Department spokesman Lt Terry Hastings. One was shot in each leg and the other was shot in the stomach area, but his protective vest prevented serious injury. The third officer suffered a possible broken arm when he fell off the porch of the upstairs unit.

The episode occurred shortly after 6:30 a.m. as SWAT and narcotics officers attempted to serve a search-and-seizure warrant at the apartment. Hastings said the three officers who were injured were preparing to make entry through a rear door.

"As soon as (the first officer) opened the door, shots came from inside and struck him," Hastings said. "They did not make it inside the apartment. They did, however, return fire."

In addition to the two suspects who were shot, police arrested seven others who were inside the apartment. No names have been released.

The area surrounding the house remained taped off at 11 a.m. as crime scene officers worked the scene.

Hastings said authorities recovered drugs and drug paraphernalia in a search at the same residence in September and had recently received information that illegal activity had resumed. Investigators believe there is cocaine inside, though Hastings said a search has not yet been completed.

A police report from the September incident shows officers went to 2200 Marshall the night of Sept. 23, 2009, and found about a half gram of cocaine as well as scales and other items.

Harry Porter, a 33-year-old man listed as a resident of the apartment, was arrested that night on charges of possession of cocaine and possession of drug paraphernalia.

"But right now we do not know that for sure," he said. "We'll find that out as the day goes on."