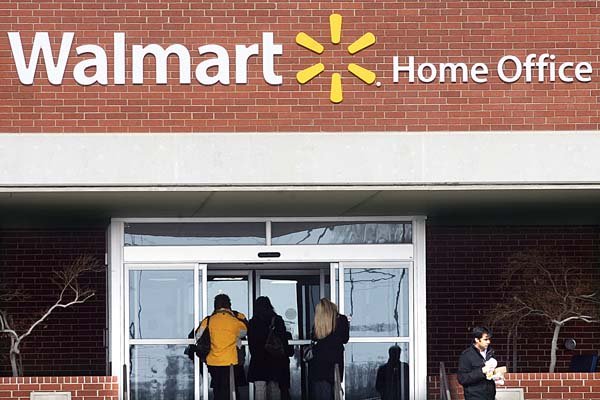 The Wal-Mart home office in Bentonville.

BENTONVILLE — Wal-Mart Stores Inc. and its charitable arm, the Wal-Mart Foundation, said today they have committed to provide $2 billion in food and cash in the effort to end hunger in the United States.

Eduardo Castro-Wright, vice chairman in charge of Wal-Mart’s U.S. stores, made the announcement in Washington.

“Increasingly, we see opportunities to use our scale and reach to solve challenges in our communities. This is one of those times,” Castro-Wright said in a news release prior to the Capital Hill event.

Wal-Mart said it intends to donate more than 1.1 billion pounds of food from its stores and distribution centers, valued at $1.75 billion, as well as giving cash grants totaling $250 million to hunger relief organizations at the national, state and local levels.

The company said it also plans to work with food manufacturers and other companies to reach more families in need.