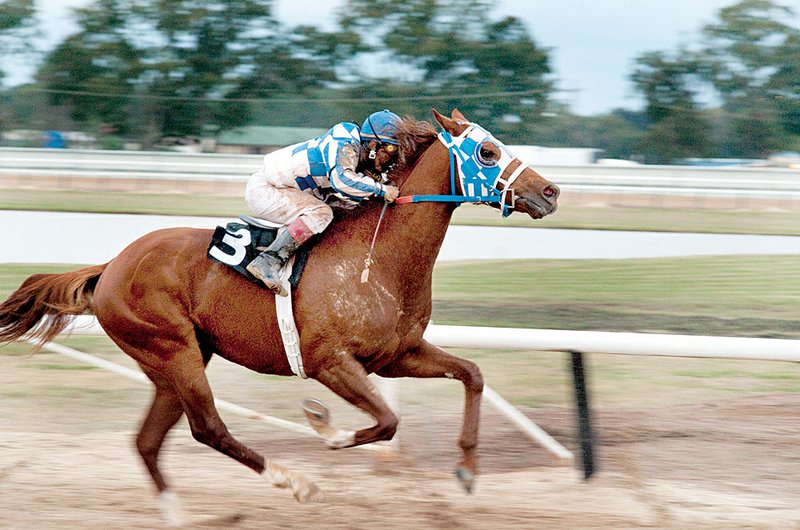 LITTLE ROCK — In 1973, a big Thoroughbred named Secretariat won the Kentucky Derby, the Preakness and the Belmont Stakes - the three races that constitute the Triple Crown. He was the first horse in 25 years to accomplish the feat.

If you are of a certain age, you likely remember Secretariat; his celebrity was comparable to that of Tiger Woods. I was 14 years old when Secretariat made his run, and I had never paid close attention to a horse race before his Kentucky Derby run. But I remember not only watching those races, but being invested in the fortunes of “Big Red.” I was a fan - it seemed like we all were.

Why that was is difficult to say; it had something to do with the animal’s charisma, with a kind of playful arrogance - a regal bearing leavened with charm - that came across even on television. We wanted Secretariat to win, and we expected him to win, and he did in spectacular fashion, setting speed records at the Derby and Belmont Stakes that have yet to be broken.

But to make a movie about Secretariat seemed problematic. First of all, it was a story everyone more or less knew. Unlike Seabiscuit, the other race horse most people have at least heard of, Secretariat was never an underdog. He had strong blood lines and was named Horse of the Year as a 2-year-old, the year before he smashed records and entered myth. He was the Goliath that, Wilt Chamberlain notwithstanding, everybody could love.

And so the movie had to be less about the horse than the woman behind the horse, a Denver housewife named Penny Chenery Tweedy (Diane Lane), the youngest child of the horseman Christopher Chenery (Scott Glenn). When her father’s health failed, Tweedy took over his Virginia-based breeding and training operation, Meadow Farms, which kept her away from her family for months at a time.She was responsible for breeding the mare Something royal to Bold Ruler, a match that was responsible for Secretariat, and she hired the trainer Lucien Laurin (John Malkovich) to work with the colt.

Horse racing was not a particularly female-friendly world in the early 1970s, and Tweedy often had the advantage of being underestimated by condescending rivals. But Lane infuses the character with something more subtle than maternal tensile strength, a quiet kind of fierceness encased in genteel manners.

Malkovich is in good form as the ostentatiously colorful trainer, restraining the comedy enough to signal the man’s seriousness of purpose.

Other roles, while not particularly taxing, feature expert actors such as James Cromwell, Margo Martindale, Kevin Connolly and especially Nelsan Ellis, who, as Secretariat’s groom Eddie Sweat, redeems what could have been a cliche with his credible enthusiasm. (And Eddie Sweat probably did occasionally sleep in his charge’s stable.)

So while it would be easy enough to qualify the current film as Disney’s Secretariat, such qualification doesn’t feel fair. Randall Wallace’s streamlined version of the legend merges and omits but registers as a kind of higher truth. Those who remember Secretariat’s remarkable run might testify to the movie’s emotional fidelity - for two hours the euphoria engendered by our greatest animal champion returns.

That doesn’t mean Secretariat is a difficult film to criticize; anyone who reads a book about the horse will spot inconsistencies with the record. There’s no mention whatsoever of Riva Ridge, Secretariat’s stablemate, who won two thirds of the Triple Crown the year before the fabled run. Some racing fans will find plenty to grouse about.

But don’t see it for the history it can teach - or accept that you’re the kind of person who deserves abridged and fanciful history - see it for the sheer power of the reenacted races, for the great period details. (Not all of which are perfectly correct; in the movie’s 1969, someone describes Laurin as dressing “like Super Fly” - the character who wasn’t introduced to the world until 1972.)

But no matter. This is oldstyle Hollywood, family entertainment done at a very high level. It doesn’t lay out all the facts and complications, but it’s a very honest movie.