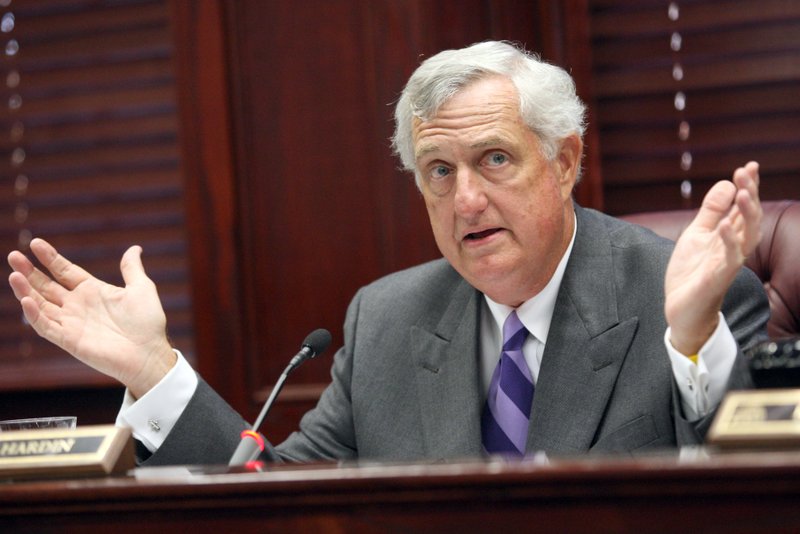 Then-University of Central Arkansas President Lu Hardin speaks in this 2008 photo during a Trustees meeting in Wingo Hall on the campus.

Federal investigators have subpoenaed at least one trustee of the University of Central Arkansas to appear before a federal grand jury on Tuesday.

Subpoenas go to witnesses in an investigation rather than targets, an assistant U.S. attorney said.

Hardin resigned in August 2008 after months of contention. Darling left UCA after allegations involving him and Little Rock advertising executive Ben Combs were revealed in a state audit.