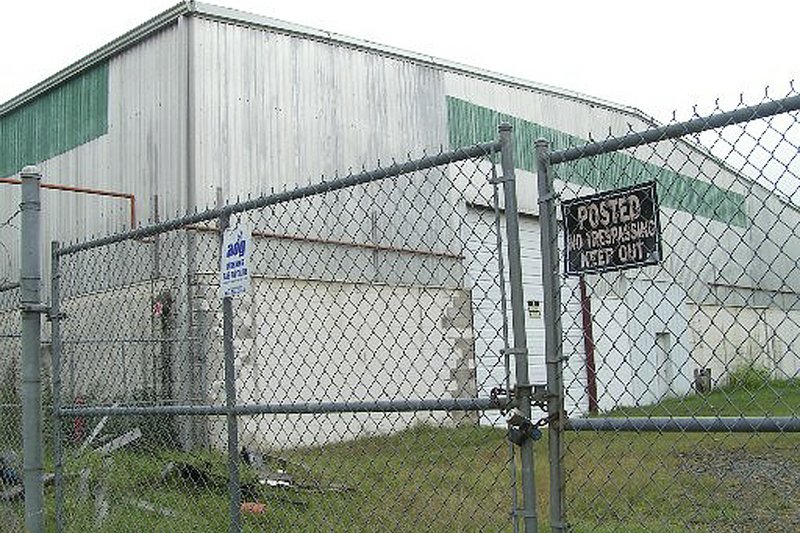 For more than three years, about 3,500 Tempur-Pedic mattresses have been stored in this Booneville warehouse, the former site of an Ace Comb factory, owned by members of the Tony Alamo Christian Ministries.

BOONEVILLE — Not long after members of the Tony Alamo Christian Ministries bought a sprawling, weathered building in Booneville that once housed a comb and bowling ball factory, the new owners invited Mayor Jerry Wilkins over for lunch. Inside, Wilkins met a man who introduced himself as Bernie Hoffman.

All around were thousands of mattresses, wrapped in plastic, on wooden pallets and stacked as high as the ceiling.

“That’s all I could see,” Wilkins said.

Four years later, Hoffman - better known as Tony Alamo - is in prison, serving a 175-year sentence for taking underage girls across state lines for sex. The mattresses, meanwhile, are the subject of a three-year legal battle between their manufacturer, which says they were supposed to go to Hurricane Katrina victims and others in need, and a wholesaler that says it bought them from a ministry-controlled company.

Under a judge’s order, the mattresses can’t be moved from the building until the case is resolved.

While Alamo’s criminal case is well known in Booneville, Wilkins said, the lawsuit hasn’t stirred much discussion among city residents, many of whom don’t even know the building is owned by ministry members. The owners make sure the grass stays mowed and keep the utilities on, but “we never see them,” he said.

The building “just kind of quietly sits down there,” Wilkins said. “It’s like nobody knows it’s there.”

Wilkins said that, when he had lunch with Alamo in 2006, he didn’t know what kind of business Alamo was operating. He also didn’t know at the time that the Bernie Hoffman he met was the same person as Alamo, who earned notoriety in the 1990s for his conviction and four-year prison stint for tax evasion. Bernie Hoffman is Alamo’s given name.

During the meeting, Wilkins said, the preacher asked questions about the city and talked about building an auditorium.

“I thought if he was going to build it and donate it, we could certainly use it,” Wilkins said. “I told him we would really welcome that.”

But Wilkins said he never heard from Alamo again.

According to Lexington, Ky.-based Tempur-Pedic International, Alamo, 75, used the comb plant building as a warehouse for Action Distributors, a ministry-controlled company that buys and sells merchandise.

From March 2006 to October 2006, Action Distributors bought 4,000 Tempur-Pedic mattresses from Waste to Charity, a New Jersey nonprofit, for at least $99,000, the mattress company says in filings in a lawsuit in U.S. District Court in Fort Smith.

But Tempur-Pedic says the mattresses never should have been on the market. It says it gave them, along with thousands of other mattresses, pillows and slippers, to Waste to Charity to be distributed to the needy, including victims of Hurricane Katrina.

Under a donation agreement, Waste to Charity said the mattresses would not be “resold, distributed for sale, or otherwise sold for profit in any venue.”

After it discovered the sales, Tempur-Pedic filed the lawsuit asking for the mattresses to be returned and for Waste to Charity to pay damages.

At Tempur-Pedic’s request, Magistrate Judge James Marschewski in February 2007 issued a temporary order barring the mattresses from being moved.

“It is imperative these goods be re-directed to those in need,” Marschewski wrote.

Ernest Peia, president of Close Out Surplus and Savings, contends in court filings that the mattresses belong to his company. He said he had dealt with Action Distributors for years and didn’t know about the agreement between Tempur-Pedic and Waste to Charity. Under uniform laws adopted in Arkansas and other states, someone who buys merchandise in “good faith” is the rightful owner of the goods even if the seller acquired them through fraud.

The case had been set for trial Oct. 6, 2008, but Judge Robert Dawson put the trialon hold after Waste to Charity filed for bankruptcy along with its president, Jack Fitzgerald, and Thomas Scarcello, a ministry member who worked for Action Distributors. A new trial date won’t be set until all of the bankruptcies are resolved.

To keep the order in place barring the mattresses from being moved, Dawson in March 2007 required Tempur-Pedic to post a $500,000 bond, which is meant to reimburse defendants in the case for any losses if the order is later found to have been unwarranted. The mattress company posted the bond through a letter of credit with Bank of America. On Feb. 28, however, the letter of credit expired, and Tempur-Pedic did not renew it.

In court filings, Tempur-Pedic explained that it had been paying $5,000 a year in bank fees to maintain the letter of credit and “is being asked to do so indefinitely” because of the bankruptcies.

The mattress company also noted that Alamo, the leader of a multistate ministry with headquarters in southwest Arkansas, is in prison and has been ordered to pay $2.5 million in restitution.

“It is fair to say, in light of these developments, that the control of the warehouse, and the status of the goods therein, is now in doubt,” Tempur-Pedic attorney Edward Maluf of New York City said in a court filing. The mattresses, he said, may have “so depreciated in value as to render them valueless or nearly so.”

Close Out Surplus and Savings responded that that’s all the more reason to require Tempur-Pedic to re-post the bond.

“If the mattresses no longer have any value, then CSS has suffered damages in at least the amount of its investment in the mattresses,” attorney Brandon Cate of Springdale wrote in a filing for Close Out Surplus and Savings. He added that the mattress company’s argument “raises the questions of why Tempur-Pedic is maintaining this lawsuit to recover ‘valueless’ mattresses and why the preliminary injunction should remain in place at all.”

A teleconference on the issue is set for Sept. 27. At the request of Close Out Surplus and Savings, Marschewski also ordered both sides to conduct an inventory of the warehouse.

An earlier inspection, in February 2008, found 3,500 mattresses, “a decrease of 500” from the number specified in the 2007 order, according to a filing by Tempur-Pedic. Close Out Surplus and Savings said it has some mattresses in a New Jersey warehouse.

Cate said the inspection ordered by Marschewski took place Sept. 1, but he declined to say what it found. Maluf said last week that he hadn’t yet heard the results.

Maluf said he didn’t know what Tempur-Pedic planned to do with the mattresses if it wins them back.

“We wanted to put them to their intended use,” he said. “Clearly Tempur-Pedic donates all these mattresses, and they end up in someone’s personal pocket - there’s something wrong with that.”

The old comb plant, a brick and cinder block building, sits at the edge of a neighborhood of small homes just a block from Booneville’s main drag. For decades, it was home to the Ace Comb factory, which made bowling balls and battery casings in addition to combs and was the city’s biggest employer.

After the comb operation moved out, the building housed a few small businesses, including tractor and tire wholesalers and a furniture manufacturer. In June 2006, members of the Alamo ministry bought it for $750,000.

During a recent visit, the building’s parking lot was deserted. No one answered a knock at the office door. A sign nearby warned, “Beware of dog,” and several other signs warned against trespassing. The grounds were clean, and the grass was freshly mowed. Dead tree limbs were stacked in neat piles.

“You can tell they keep the place up,” said Wes Epperson, who lives in an apartment building across the street. Like other neighbors, he said he sees lights in the warehouse at night but seldom sees any cars parked outside.

Interviews with Teens from Alamo Ministries

Wilkins, the mayor, said the only complaint he’s gotten about the property was about water pits behind the building that could create mosquito infestations. He said he’s been trying to contact the building’s owners to have the pits pumped out.

According to the Logan County tax collector’s office, the owners are delinquent on their taxes for 2008 and haven’t yet paid last year’s property taxes, which are due Oct. 10. Property with taxes that are three or more years overdue are auctioned by the State Land Commissioner’s office.

Wilkins and Trinity Damron, director of the Booneville Development Corporation, said they would like to see a business move in that would create jobs for the city of 4,000. Damron said the city still hasn’t recovered all the jobs it lost in 2008, when Cargill Inc. announced that it would not rebuild a meat plant that had been gutted by a fire.

The old comb plant is “a good, solid old building,” she said. “There’s no reason it shouldn’t be used.”