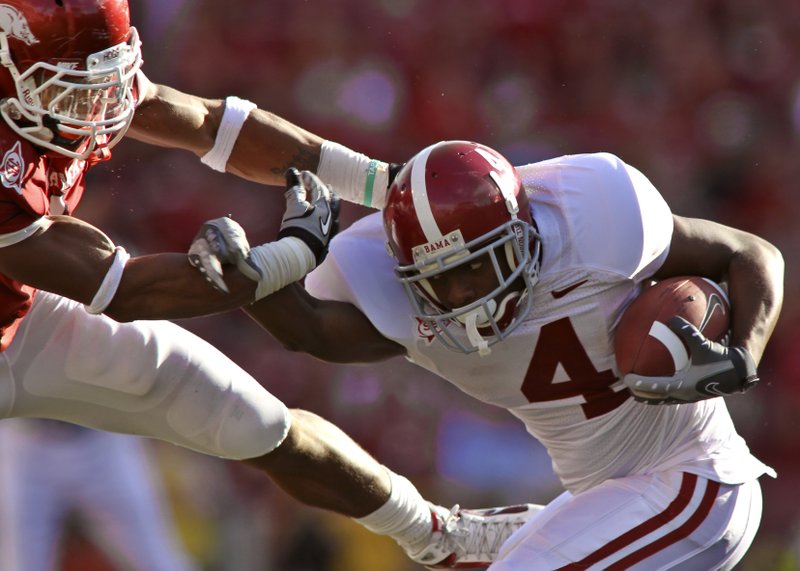 Arkansas linebacker Anthony Leon tries to tackle Alabama's Marquis Maze during the fourth quarter of the Fayetteville game resulting in the Razorbacks loss.

It was the first time since 1979 that Fayetteville saw a top 10 showdown.

Mark Ingram ran for 157 yards and scored on a 1-yard run with 3:18 to play, completing top-ranked Alabama’s rally from a 17-point deficit in the second half.

Robert Lester set up the score with his second interception of the day against Ryan Mallett. He returned it to the Arkansas 11, and Nick Saban gave the ball to his Heisman Trophy winning running back on three straight plays to get the game-winning score.

The Crimson Tide (4-0, 1-0 SEC) were able to run out the clock after Mallett threw his third interception, this time to Dre Kirkpatrick. Alabama faced fourth-and-inches in its own territory, but Greg McElroy picked it up with a sneak.

That sent Arkansas (4-0, 1-1) and its record home crowd of 76,808 away disappointed in the biggest game on campus in decades.