Martins to sing at church anniversary 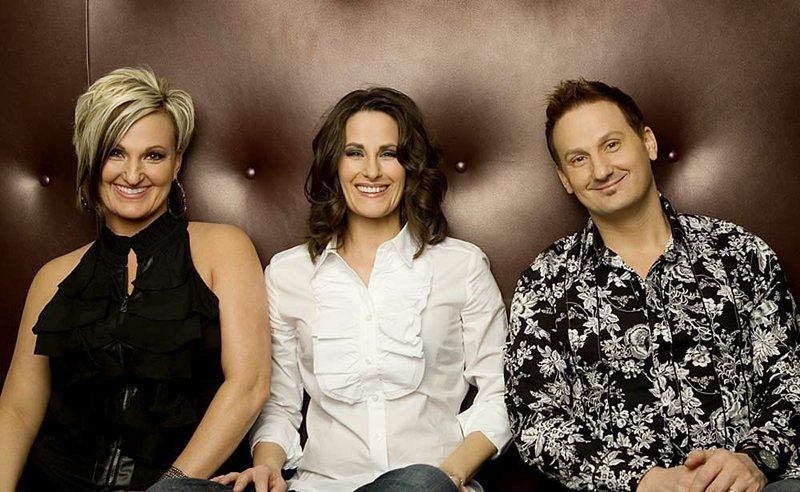 The Martins, (from left) Joyce Martin-Sanders, Judy Martin-Hess and Jonathan Martin, are performing in Benton this weekend and in North Little Rock on May 20.

LITTLE ROCK — They’re one of the biggest groups in Southern gospel, they’ve got deep Arkansas roots and they’re coming to Benton to help First Baptist Church celebrate its 175th anniversary this weekend.

“We are thrilled to be a part of their 175th,” Martin-Sanders said. “We’re real excited that they trust us enough to come and be a major part of what they’re doing. We count it as a major honor.”

The Martins grew up south of Hamburg - literally walking distance from the Louisiana state-line - and sang in small churches across America for years.

Seemingly overnight, they went from obscurity to coast-to-coast popularity.

Their a cappella recording of the hymn “He Leadeth Me” was the first song to be featured on Gaither’s recordings and many others followed.

“We stood there and sang that song and it literally changed the direction of our careers,” Martin-Sanders said.

Their first moment in the spotlight at the Gaither recording studio in Indiana was stressful.

“My lip quivered the entire song. It was pretty overwhelming,” Martin-Sanders said. “When you get the stamp of approval of Bill Gaither, it changes things, and our life hasn’t been the same since.”

Gaither has never tired of the Martins’ sound.

“There’s nothing as beautiful as the human voice, and this family [The Martins] brings new meaning to the word ‘a cappella’ and real class,” Gaither says on his Moments to Remember DVD.

The Martins have received eight Dove awards - the Gospel Music Association’s top honor. And in 1998, they received a Grammy nomination for best Southern gospel album of the year.

After a hiatus, the Martins are preparing to release another compact disc in June. “We’ve been working on it for four years and we finally got it done,” Martin-Sanders said. “We’ll probably sing a couple of songs off the new album when we’re there” in Benton.

The Martins will also play some of their all-time favorites. “We’ll be singing a lot of hymns at First Baptist Church [tonight] because we love them so much,” Martin-Sanders said. “As Christian people who love the church and love gospel music, the hymns are so important to us.”

The Benton congregation is one of Arkansas’ largest Baptist churches, with average Sunday attendance of about 1,200 people.

Associate pastor Eric Roberts said the Martins are known for their “Christ-centered lyrics - just a good mix of music.”

“It’s a good family concert where you can bring all ages. Children to senior adults would enjoy it,” he said.

Fans who miss the Martins in Benton can hear them May 20 at North Little Rock’s Verizon Arena when the Gaither Homecoming Tour comes to town. Gaither is also releasing a “Best of the Martins” collection later this year.

The Martins will help First Baptist Church, 211 S. Market St., Benton, celebrate its 175th anniversary. A concert is set for 7 p.m. tonight. Tickets are $10 in advance, $12 at the door. The Martins will also sing during the 10:15 a.m. worship service Sunday. fbcbenton.org or itickets.com.