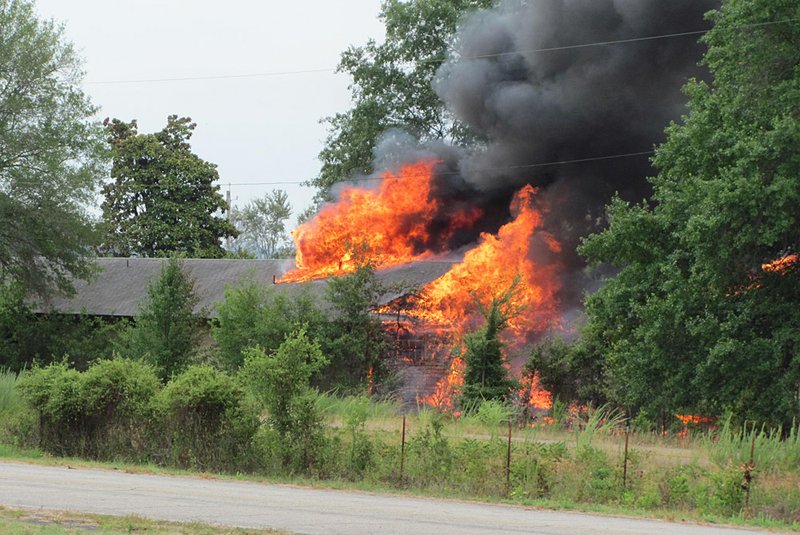 Arkansas Democrat-Gazette/DAVE HUGHES 8/4/11 One of last buildings in the old Fort Chaffee hospital complex burns in a 2001 fire that consumed all 111 of the World War II vintage buildings.

Fire Marshal Chris Driggers told KFSM-TV that a probe of the fire doesn’t indicate it was intentionally set, and that discarded smoking materials were the likely cause.

The Aug. 3 fire charred 90 acres and consumed 110 unoccupied buildings at the former hospital, which was used by the U.S. Army when the post was an active military installation. No injuries were reported and no homes were in danger.

The Fort Chaffee Redevelopment Authority owns the land where the fire occurred.

Executive Director Ivy Owen estimates a clean-up could cost about $600,000 to rid the environment of the asbestos and lead-laden debris.