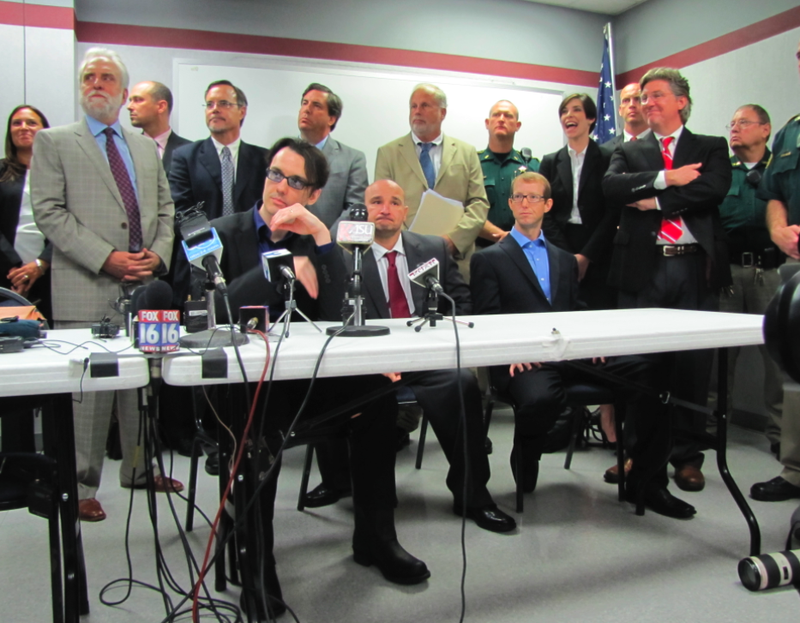 (Left to right) Damien Echols, Jesse Misskelley and Jason Baldwin prepare to speak to the media after being released following an 18-year imprisonment in the murder of three boys in 1993 in West Memphis. 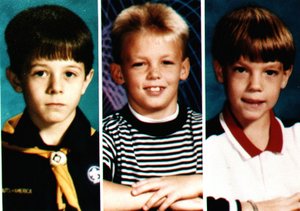