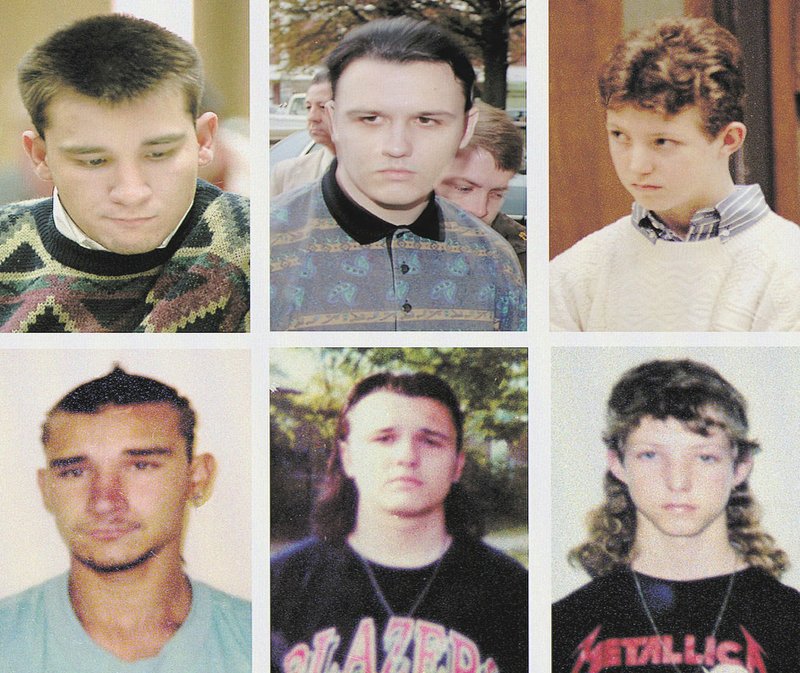 LITTLE ROCK — The three men convicted in the 1993 killings of three West Memphis boys will be set free after pleading guilty today to first-degree murder if a judge approves, several sources close to the case said.

Under the proposed deal, their penalty will be time they’ve already served, the sources said.

Laser’s notice said the hearing in Craighead County Circuit Court will address “certain matters pertaining to the cases” of the three men.

The sources said that under the proposed deal, the men will enter the guilty pleas in the slayings of Christopher Byers, Stevie Branch and Michael Moore.

The 8-year-old boys were found dead in May 1993 in a waterfilled ditch near Interstate 40 in West Memphis.

A year after the slayings, Echols was convicted of capital murder and sentenced to death. Misskelley and Baldwin, who were also found guilty, are serving life sentences. Each has served about 18 years in prison.

There is a gag order in the case, which bars attorneys and others involved from speaking with the media.

Matt DeCample, spokesman for Gov. Mike Beebe, said the governor’s office was unaware of the hearing.

Aaron Sadler, spokesman for Attorney General Dustin McDaniel, said the office would have no comment because its officials are under the same gag order as defense attorneys and prosecutors associated with the case.

The Arkansas Supreme Court ruled in November that an evidentiary hearing should be held to determine whether DNA evidence warranted new trials for Echols, Misskelley and Baldwin. That hearing is scheduled for Dec. 5-21.

“There’s a chance the judge won’t accept the plea,” said one source, who nevertheless added that he knows the judge and expects that he will accept it.

The source said he believes that the three are innocent but that they do not want to take the chance of being denied a new trial.

“Basically, it’s a trade-off,” he said. The defendants finally get out of prison, and the state “saves face” and avoids any legal liability because the three are pleading guilty to first-degree murder, he added.

Echols, Misskelley and Baldwin left prison Thursday in the custody of Craighead County officers, spokesmen for the Arkansas Department of Correction said.

The three took all of their possessions with them for their trip to Jonesboro, which is “unusual but not unprecedented,” spokesman Shea Wilson said.

Jackie Byers, the wife of John Mark Byers - Christopher’s father - said late Thursday afternoon that she had been made aware of the men’s possible release.

“It’s just a Band-Aid,” she said. “I am glad they are free; they should never have been convicted.”

She said she believes that the real killer is still out there.

Pam Hobbs, the mother of Stevie Branch, said Thursday evening that she was told by authorities that Echols, Baldwin and Misskelley would plead guilty to first-degree murder today and be released.

But “it depends upon what the judge decides,” she said.

Hobbs said she believes that the three men are innocent, regardless of whether they plead guilty to the slayings.

She said West Memphis police detectives who investigated the slayings in 1993 did “sloppy work” that created doubt in her mind about the three men’s guilt.

Hobbs had said after Echols’ 1994 conviction that she wished Baldwin and Misskelley had also received death penalties. However, she said that since then she came to believe that the three didn’t kill her son and the other two boys.

“I blame the men in blue [West Memphis Police Department] for all this,” she said. “They didn’t take my cry for help seriously on May 5, 1993. Their [the three’s] guilty pleas are just another way of pushing this under the rug.”

Donald Oakes, the assistant police chief in West Memphis, said Thursday evening that he couldn’t comment on the specifics of the case because of the gag order.

“The Police Department investigated this 18 years ago, and we turned it over to the prosecuting attorney,” Oakes said. “We’ve had no involvement with the case in the past 18 years.”

The children were found dead, hogtied with their own shoelaces.

Three hairs were incapable of being tested, the report said.Of the remaining nine, eight matched the mitochondrial DNA profile of Christopher.

The final hair, which was taken from Christopher’s jeans and wallet, has a mitochondrial DNA profile that doesn’t match any of the victims or the three men convicted in the slayings, the report said.

“Because [the crime scene] was an isolated area where human DNA would not normally be expected to be found, the finding of any DNA evidence there makes it highly likely that the evidence belongs to someone who brought it to this wooded area on May 5, 1993, in the course of perpetrating these crimes,” the defense report states.

Defense attorneys have also contended that a juror in the 1994 capital-murder trial of Echols and Baldwin made improper statements to other jurors about a confession Misskelley gave police when he was arrested in 1993. Misskelley later recanted, saying the confession was coerced by police.

Information for this article was contributed by Cathy Frye of the Arkansas Democrat-Gazette.