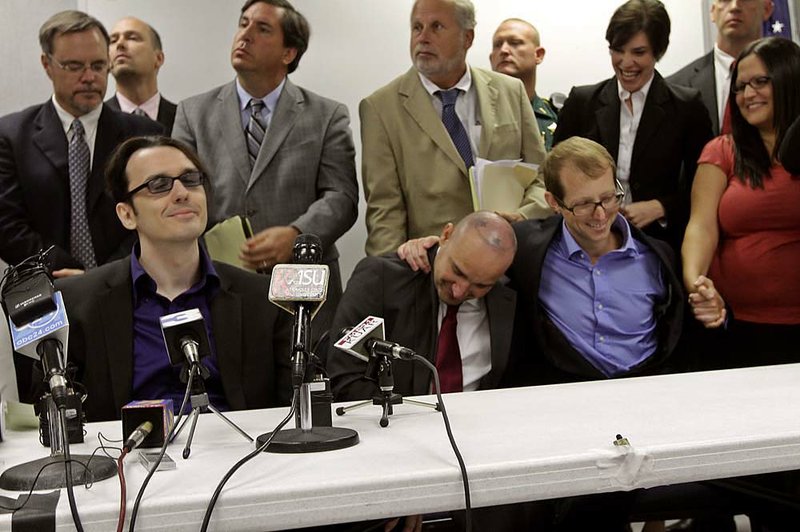 Damien Echols, left, Jessie Misskelley, Jr., center, and Jason Baldwin sit at a table during a news conference at the Craighead County Court House in Jonesboro, after their release from prison. The three pled guilty to the 1993 deaths of three West Memphis children after agreeing to a legal maneuver that lets them maintain their innocence while acknowledging prosecutors have enough evidence against them. ( ben krain )

Three men convicted in the 1993 slayings of three West Memphis boys walked out of court as free men Friday after pleading guilty to reduced charges under an unusual agreement.