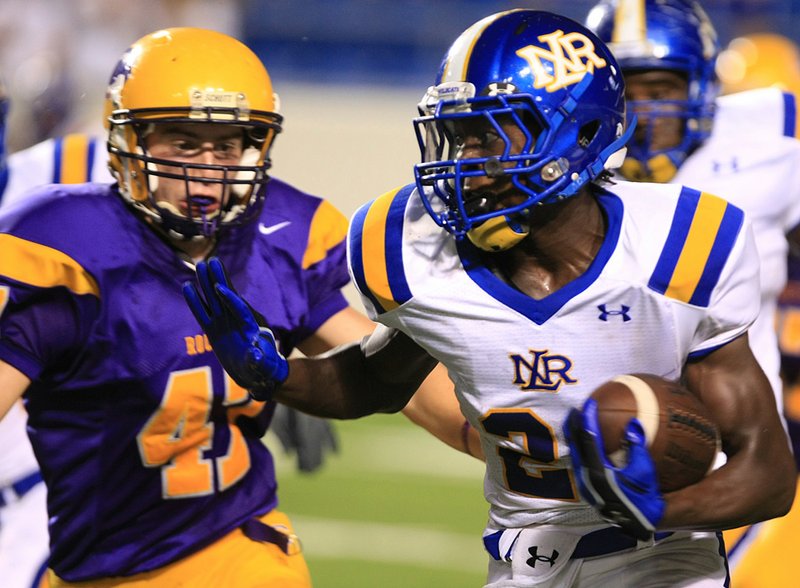 Altee Tenpenny, a North Little Rock running back, has missed the entire season with an injury, but is expected to see action on Friday at home against Springdale Har-Ber.

LITTLE ROCK — North Little Rock junior running back Altee Tenpenny suffered a broken ankle Friday and is expected to miss the next 4-5 weeks for rehabilitation.

Tenpenny, who rushed for 1,232 yards and 15 touchdowns last season for the Charging Wildcats, is one of the most sought-after football recruits in the country. He has several scholarship offers, including ones from Arkansas, Alabama, Auburn, Oklahoma, Oklahoma State and Ole Miss.

Tenpenny was named to the Arkansas Democrat-Gazette Super Sophomore Team in 2010.

The timeline for Tenpenny's recovery could put him back in action in time for North Little Rock's conference opener against Russellville Sept. 23 or highly-anticipated conference game at Conway Sept. 30.

The Charging Wildcats begin the season Sept. 2 with a home game against defending Class 7A state champion Bentonville, which features the state's other top junior running back, Tearris Wallace.

Matt Jones and Richard Davenport contributed to this story