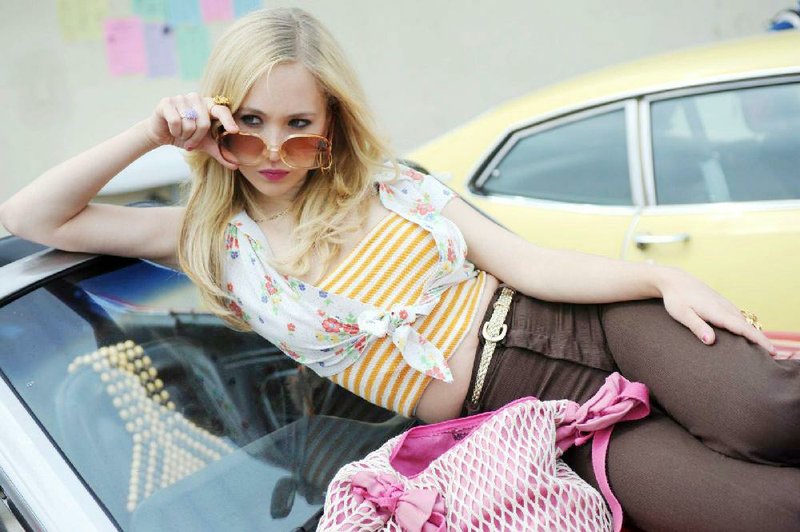 LITTLE ROCK — It is interesting that Abe Sylvia’s 1987-set Dirty Girl should open in Little Rock on the same weekend as Jason Reitman’s Young Adult, for the movies have a couple of resonances. In the first place, they both could be read as nostalgia-drenched mix-tapes full of pop songs that probably spoke deeply to the respective screenwriters (Sylvia and Diablo Cody) when they were fresh.

They are also nominally about unlikely alliances formed by high school stereotypes. In Young Adult, the snobby prom queen makes common cause with the overweight misfit the football team presumes is gay. In Dirty Girl, an overweight misfit who is actually gay (and an obvious surrogate for the film’s writer-director) hits the road with the school slut.And both films are marred by a reflexive condescension to the rubes and bumpkins who populate the American interior.

Young Adult is the better film, but Dirty Girl has its charms as well, though there’s an awful lot to overlook in both. Sylvia has said in interviews that the film is a semi-autobiographical account of his unhappy days in high school in Oklahoma, and the film does feel like an act of vengeance, with Sylvia pointedly flapping his queer flag in the faces of all of those who were doomed to live trivial little lives on the prairie.

The film does offer a deliciously bratty Juno Templeas the sexually empowered Danielle, who registers less as a flesh-and-blood character than as the fulfilled wish of the fleshy, friendless Clark (Jeremy Dozier). She’s a commanding piece of work, a rebel with a potty mouth that lands her in the same special education class as “that fag” Clark.

They get paired together in one of those parent-responsibility exercises (they’re charged with taking care of a five-pound bag of flour), and when she decides to embark on a road trip to look for her absent father, he decides to go along.

Aside from a great trailer, and a soundtrack stuffed with ’80s hits, the most remarkable thing about Dirty Girl might be the excellence of its cast. Milla Jovovich turns up as Danielle’s mom, and William H. Macy is her Mormon fiance. And I think they mean to surprise you with the actor who plays Danielle’s dad, so I won’t spoil that. (Though it’s really not a big deal.)

The quality of the cast was probably boosted by the fact that although Dirty Girl is set mostly in Oklahoma, it was shot in and around Los Angeles, which made it convenient for the actors and cost effective for the filmmakers, but that expediency comes with its own cost. However authentic Sylvia’s ties to the region, Dirty Girl feels like a Hollywood vision of the way the ignorant and unwashed comport themselves. It feels ugly and it made me sad.