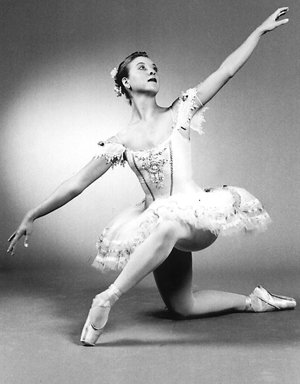 University of Oklahoma Fine Arts graduate Juli Busken is seen this photograph taken shortly before she was last seen alive on Dec. 26, 1996.

NORMAN, Okla. — It was 15 years ago that an Oklahoma University ballet student from Arkansas was raped and killed after being abducted outside her apartment near campus.

Jewel Jean “Juli” Busken was found dead at Lake Stanley Draper in Norman hours after she was kidnapped on Dec. 20, 1996. It took until 2004 for a DNA match to identify a suspect.

Anthony Castillo Sanchez was convicted of capital murder in 2006 and his appeal was denied in 2009. He remains on Oklahoma’s death row for Busken’s killing.

Cleveland County Sheriff Joe Lester, who was Norman police chief in 1996, told Oklahoma television station KWTV that he vividly remembers the case and the loss felt by her family and friends.

The university has memorialized Busken with a dance scholarship.

A veteran of the Arkansas ballet community, Busken graduated from Benton High School in 1993. She was recruited by the University of Oklahoma, where she studied on scholarship and performed in more than a dozen ballets.

During vacations, Busken returned to Arkansas where she performed with Ballet Arkansas.

“To this day, I still see the face of (Buskin’s parents) Bud and Mary Jean Busken sitting there in the audience, listening to every single gory detail about this trial,” Former Cleveland County District Attorney Tim Kuykendall told Oklahoma television station KWTV.

Oklahoma University President David Boren was acquainted with Busken during her time on campus. He watched the dance major perform in the musical Swan Lake the semester before she was killed

“She had a beautiful spirit about her,” Boren said. “Even when you just saw her walking across campus in her everyday street clothes, you felt she walked with such dignity and grace that you’d say to yourself, ‘I bet she’s a ballet dancer’.”

Kuykendall said there was no indication the night before Busken’s murder that the December night was unusual.

“The night before, she’d been out with some friends,” Kuykendall said. “They had a going away party, a Christmas party, saying their goodbyes. They thought their goodbyes were for the semester, until after Christmas. Little did they know that their goodbyes would be forever.”

Boren says he still remembers the call he got from Joe Lester, then Norman’s police chief and now Cleveland County’s sheriff.

“The most dreaded call you can receive is a call that one of your students has been killed in a tragedy,” Boren said.

“If you can imagine being out in 10 below zero or 20 below zero weather, and being kidnapped, raped and murdered and being left at the edge of Lake Stanley Draper, that was a horrific crime,” Lester said, who added that Busken appeared to have had a brilliant future.

“Here’s a loved one that was a sister, an aunt, that was a friend, a cousin, a daughter, a granddaughter that will never, ever, ever get to share the future with her family,” Lester said.

Busken’s is memorialized at the campus by a dance scholarship at the College of Fine Arts. People close to Busken’s family want the OU Board of Regents to endow the scholarship to assure its continued testament to Busken’s memory.

Information for this article was contributed the Arkansas Democrat-Gazette.