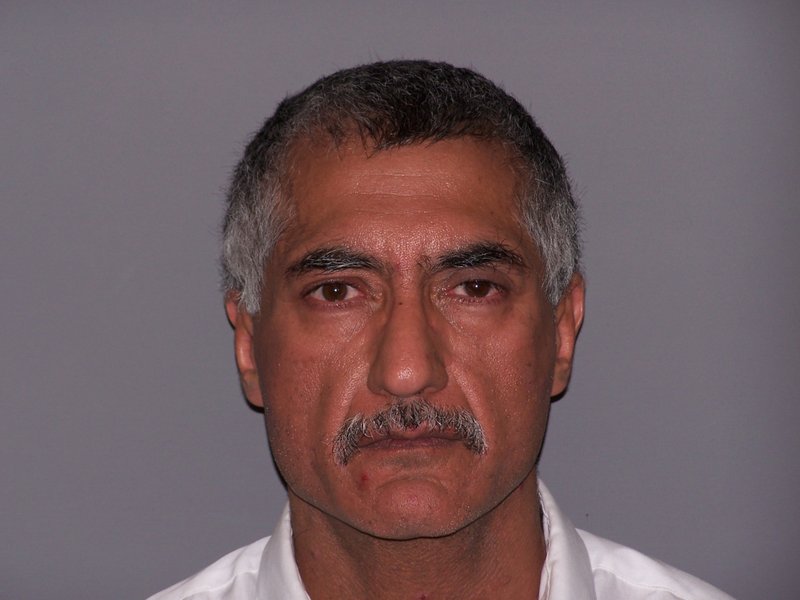 LITTLE ROCK — A Russellville doctor convicted of orchestrating a bombing attack on the chairman of the Arkansas Medical Board will spend the rest of his life in prison, a federal judge ordered Monday.

Randeep Mann was convicted of several charges related to the Feb. 4, 2009 attack, which seriously injured Dr. Trent Pierce. Prosecutors argued Mann plotted the bombing in retaliation for the board not reinstating his permit to prescribe medication, which had been revoked over concerns about several of Mann's patients overdosing.

Mann was also given a $100,000 fine with restitution to be determined within 90 days.

The former doctor, who has been jailed about two years, smiled as he chatted with his attorneys and wife in the minutes before the hearing. He didn't speak during the sentencing hearing except to tell Miller he was satisfied with his defense team.

Pierce and his wife sat in the front row of the courtroom behind the prosecution table. He urged Miller to hand down a strong sentence in short remarks read before the life sentence was revealed.

Pierce, who asked the court to consider the bombing left him with only one "remaining but damaged" ear and eye, said he was sure the attack was motivated by the board's work to keep Mann stripped of his license.

"I firmly believe Dr. Mann's actions were meant as revenge for decisions I participated in in the medical board," Pierce said.

"Never before have we seen a crime that was so filled with anger and hatred," Gordon said, noting that federal court in LIttle Rock doesn't handle that many violent cases. "... Dr. Mann did his best to take the life of Dr. Pierce."

Ultimately, Miller sided with the prosecution, telling the courtroom he had only sentenced one other person to life in prison and that doing so is "not easy."

Sangeeta Mann, who was tried with her husband and found guilty of two counts of obstructing the investigation but innocent of charges she lied to a grand jury, was sentenced to a year in prison. Miller told attorneys he thought about giving her only probation because her crime boiled down to "moving some documents that didn't have anything to do with the case."

But Miller later acknowledged what she did was a crime and that probation was not enough of a punishment. Prosecutors had sought at least 46 months in prison.