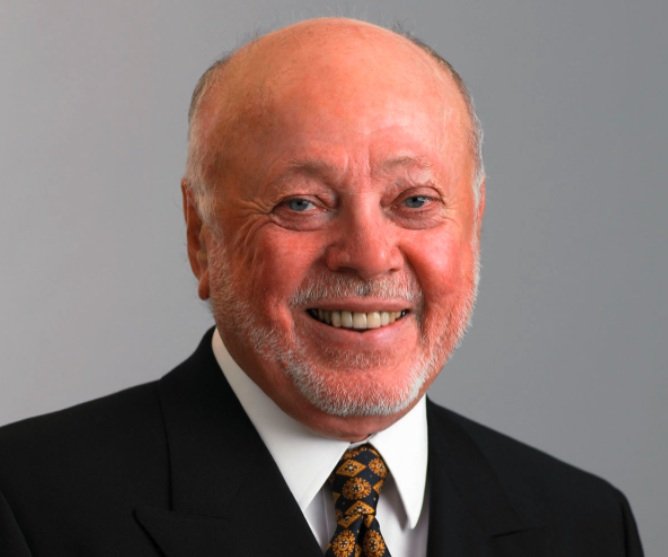 SPRINGDALE — Donald J. Tyson, the president and CEO of Springdale-based Tyson Foods during its rise to the top of the food business, died Thursday morning after a battle with cancer.

Tyson's passing marked the end of a life dedicated to growing the family business and using its financial success to help his community and state, friends and colleagues said Thursday morning as word of Tyson's death spread.

"Don was known by all to work hard, but also to play hard," Tyson President and Chief Executive Officer Donnie Smith said in a statement. "He was famous the world over for his 'No Bad Days' outlook on life, and well known for telling everyone that 'I don't have time to have a bad time.' Don's passing will be mourned by all who knew him, especially his family, his countless friends, and business leaders and associates in Arkansas, across the country and around the world."

Click here to read an obituary released by the company.

Tyson, son of the company founder and father of its current chairman, studied business and agriculture at the University of Arkansas before leaving his schoolwork in 1952 to join the family business. He was awarded an honorary doctorate from UA last year.

Tyson spoke proudly of his father's humble business beginnings, recounting in speeches and to reporters over the years how John Tyson "came to town in 1932 with 11 cents and a half a load of hay" and started to build a company that would swell into an industry giant.

Tyson advanced up the leadership ranks quickly, becoming the president of Tyson's Foods in 1966 and then its chairman and chief executive a year later when his father and stepmother died in a train accident in Springdale.

The company, which became Tyson Foods in 1972, grew to become the world's largest poultry producer with Tyson leading it through a series of large acquisitions, including Val-Mac and Lane Poultry.

Growing Tyson Foods into the worldwide food player it became was a chief goal for Tyson, who in a 1988 letter to stockholders said he wanted "the Tyson brand to be synonymous with chicken, the same was Kleenex is synonymous with paper tissue."

In 1989, he orchestrated the purchase of rival Holly Farms for more than $1.4 billion, more than doubling the size of Tyson Foods. Acquiring the Memphis-based farm had been a goal of Tyson's for more than 20 years, he told The Associated Press in 1989. In 19

He likened the acquisition process to a favorite pastime - fishing - in a 1991 story in the Arkansas Gazette.

"Well, acquisitions are just like fishing - you have a lot of hooks in the water and you keep them out there all the time and you never know which one is going to bite," Tyson told columnist John Barnes. "And then you reel them in and sometimes you turn the fish loose, and then every once in a while, like Holly Farms, you try to get (it) into the boat."

Tyson earned numerous awards for his business success, including a 2000 induction into the Arkansas Business Hall of Fame, and led Tyson as it surpassed $1 billion in sales for the first time in 1985. Tyson became one of Arkansas' highest paid business leaders and accrued a net worth estimated by Forbes in 2007 at $1 billion.

The National Chicken Council on Thursday called Tyson "a titan of the modern chicken industry."

"He was a pioneer in moving beyond commodity chicken to value-added products and in the development of new products and international markets," the group said in a statement. "Don Tyson was a key figure in transforming the industry into the powerhouse it is today. Not only his family and his company have suffered a loss, but the entire industry as well."

But even though his business was so devoted to chicken - the head of Kentucky Fried Chicken once called Tyson "the No. 1 chicken man in America" - his life was colored by other pursuits as well.

Tyson was a founder of the Billfish Foundation, which works to conserve the worldwide population of billfish, and was a member and supporter of the International Game Fish Association. And he was active in politics, traveling to the Soviet Union with Sen. David Pryor in 1987, leading a farmers' group in support of Jimmy Carter in 1980 and publicly supporting Walter Mondale for president in 1984.

April 21, 1930- Donald John Tyson is born in Olathe, Kansas
1931- The Tyson family moves to Springdale
1952- Don Tyson attends the University of Arkansas at Fayetteville, but leaves before graduating to join the family business.
1958- Don Tyson oversees the construction of Tyson Foods first chicken processing plant in Springdale, becoming the first plant manager.
1963- Tyson's Foods, Inc. holds IPO
1966- Don Tyson becomes president of Tyson's Foods.
1967- Don Tyson becomes chairman and CEO after his father and stepmother are killed in an accident
1972- Tyson's Foods becomes Tyson Foods.
1977- Don Tyson is named Arkansas Poultry Federation's Man-of-the-Year at annual convention in Hot Springs.
1985- Don Tyson is named to the National Advisory Board of First Commercial Bank of Little Rock.
May 20, 1985- Don Tyson wins the Top Manager of the Year Award from the Sales and Marketing Executives Association of Little Rock. The head of Kentucky Fried Chicken calls Tyson "the No. 1 chicken man in America" at the ceremony.
1985- Tyson Foods surpasses $1 billion in sales for the first time.
1987- Business Week names Tyson to its elite list.
1989- Don Tyson engineers the purchase of Holly Farms as part of a series of acquisitions in the 1970s and 1980s, doubling the size of Tyson Foods and making it the largest poultry producer in the world.
1983- Leland Tollett is named Tyson Foods president. Don Tyson stays on as chairman and CEO.
1991- Tollett is named CEO, while Don Tyson remains chairman.
1995- Don Tyson officially retires.
1998- Don Tyson named chairman emeritus, providing guidance though the purchase of IBP, Inc.
May 2010- Don Tyson is awarded an honorary degree from the University of Arkansas
Jan. 6, 2011- Don Tyson dies at age 80 after a battle with cancer.

He defended his political activity, telling the Associated Press in 1985 that he had been a Democrat since his time at UA. Tyson was also one of the original members of the Arkansas Business Council, a group of wealthy and influential business leaders formed in 1987. The group, which also included Sam Walton and J.B. Hunt, pushed for improvements to the state's education system.

"I feel if you're in business, you've got to get active in the system, cause the system's been good to all of us," Tyson said in the 1985 story. "Obviously, it's been good to be Don Tyson."

Tyson, who worked closely with the company even after retiring as senior chairman in 2001, also created and led the Tyson Family Foundation, which provides scholarships for students in cities where Tyson Foods operates.

The company continued to grow in the late 1990s with Tyson's son, John R. Tyson, serving as chairman of the board. In 1998, it acquired Hudson Food and in 2001 it became the largest beef processor and second largest pork processor with the acquisition of IBP, Inc. Annual revenues jumped from about $7.5 billion to more than $24 billion.

John R. Tyson on Thursday credited his father with building the company.

“He was a true visionary who led Tyson Foods from a small regional chicken company to a multibillion dollar food-processing enterprise,“ John R. Tyson said in a statement. ”He will be missed by everyone who knew him.“

Also on Thursday, leaders around the state hailed him for his monumental business achievements and his dedication to charity.

"He built a multibillion dollar international company – employing thousands - out of a small family business in northwest Arkansas," U.S. Rep Tim Griffin said. "His business success and record of philanthropy in Arkansas are legendary. Our thoughts and prayers are with the Tyson family today.”

"To all who knew him, he was a larger-than-life figure—a business pioneer, a great philanthropist, and a dear friend," Gearhart said. "A self-made man, he wasn’t just a great Arkansas success story, he was a great American success story. Our thoughts and prayers go out to his family. His vast and big-hearted presence will be sorely missed.”

Gov. Mike Beebe called Tyson "a business giant" who brought his company to the top of its field and then made a point of supporting his community.

"As he reached higher and higher levels of success, he never forgot where he came from, remaining a life-long Arkansan and generously giving back to his community and our state," Beebe said in a statement. "Don will be greatly missed."

His commitment to Arkansas included making sure the company headquarters stayed in Springdale. That was where his father started it and Tyson told the Associated Press in 1985 that it was where he wanted the business to remain.

A private family service has been planned with a public memorial service to be scheduled at a later time, a Tyson spokesman said in a statement.

To leave a tribute or share a memory you have about Don Tyson, please e-mail our staff.

NWA Media and The Associated Press contributed to this story