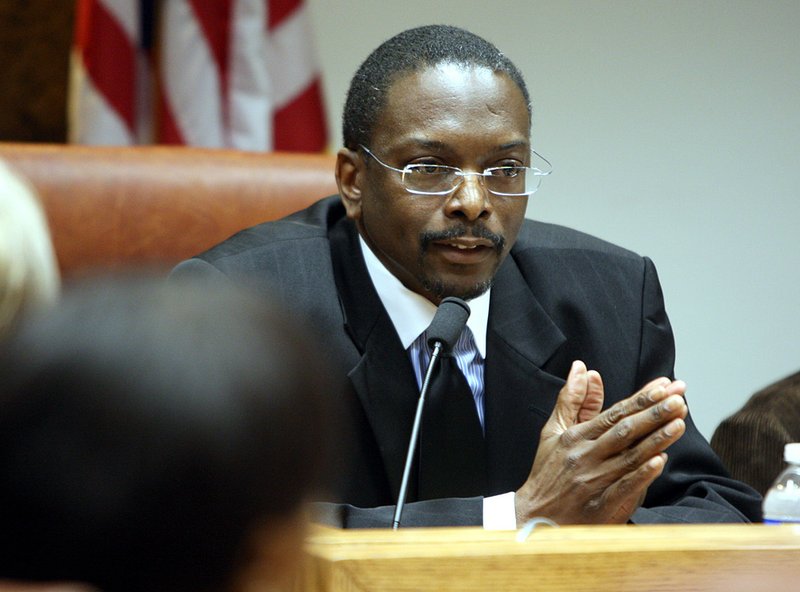 LITTLE ROCK — Since taking charge as superintendent of the Pulaski County Special School District on July 1, Charles Hopson has done some shaking up of the 17,500-student district.

He’s altered school opening and dismissal times, reorganized and added people to his administrative team, hired consultants for diversity training, initiated a strategic-planning process and proposed a facilities plan that calls for closing or consolidating some district schools - including Robinson High and Harris Elementary schools.

But the first-time superintendent returning to his native state after living for 20 years in Portland, Ore., has been shaken a little himself.

That’s been done by the September election that altered School Board dynamics, the veracity of employee union groups, a state audit that focused on his relocation expenses and the hiring of his top aides, and, most recently, questions regarding his personal business relationship with the diversity consultants.

“It’s been a pretty intense six months,” Hopson said. “I had hoped to accomplish so much more,” he added.

Now, with half a year at the helm of the district, Hopson will be evaluated by the School Board at Tuesday’s regular monthly board meeting. The scheduled evaluation comes on the heels of at least two special meetings that included executive sessions on Hopson’s contract.

While most new superintendents and school boards enjoy a “honeymoon” period, that time was short for Hopson and the board. That’s at least partly the result of a September School Board election in which two incumbent board members who approved Hopson’s hiring, Charlie Wood and Danny Gililland, were defeated in hard-fought elections by challengers Gloria Lawrence and Tom Stuthard.

Lawrence, in particular, has been critical of Hopson for his district-financed relocation expenses and for the hiring of the Pacific Education Group of Minneapolis. The consultants are training administrators, principals and teachers to be aware of “institutional racism” and to incorporate strategies to eliminate the achievement disparity between black and white students.

Despite their differences, Lawrence said Friday that she doesn’t believe Hopson’s job is in jeopardy and complimented his patience with her as a new board member and his efforts to communicate with her.

“I don’t see anybody looking that way,” Lawrence said about Hopson losing the job. She added that her criticism of Hopson’s expenses and the resulting executive sessions about Hopson were largely the result of her lack of understanding about what the previous board had negotiated with him regarding the use of $25,000 for relocating costs.

She also said she and Hopson have talked about the Pacific Education Group and that he has assured her there would be changes in the training to address some hurt feelings that have occurred.

B oard P resident Bill Vasquez of Jacksonville and Hopson also have been at odds at times, particularly over issues to be placed on the board agenda.

At one point in late November, Vasquez wrote in an e-mail to Hopson about the need for the board to vote on a teacher contract that contained a 2 percent pay raise.

“Your cabinet’s lack of adherence to the professional negotiations agreement and current personnel policies has us in seven lawsuits at this time,” Vasquez said. “I am growing weary of the stall tactics, it is time to move on.”

Hopson wrote back: “I must be given time to do my job. I do not like feeling bullied. We need to talk.”

Earlier in the same month, Hopson told Vasquez that the district had given too much to teachers in previous contracts.

“We are dangerously close to being a shell administration,” Hopson wrote. “We have to have balance here or my tenure will be nor more than a puppet. I would rather die than be anyone’s puppet. Just my thoughts.”

Vasquez did not immediately return messages left at his home and on his cell phone Friday.

Board member Mildred Tatum of southeast Pulaski County praised Hopson on Friday, saying he has exceeded many of the goals the board set for him, particularly on visiting schools and staying visible in the district.

“I am very impressed,” Tatum said. “He has a vision. If we stick with him, we’ll go places,” she said.

Hopson said he’s found the job of heading the 17,500-student district to be “lonely” and “isolating,” but he is determined to stick to values that he believes will benefit students.

“The appreciation for the work is very much intrinsic,” he said. “There is not much extrinsic kinds of encouragement. It’s the nature of the job. I find myself really focusing more on my spiritual strength to get through.

“I’m my own person. I don’t allow myself to be influenced by people or circumstances who would compromise my core values. That can sometimes put you in unpopular positions that aren’t always politically correct.”

But Hopson also said he has been gratified by people who approach him in stores and other public places to tell him that they appreciate his efforts to provide strong leadership in the district.

“I’m not deeply disappointed about where we are now,” he said. “I have tried to move with a sense of urgency, trying to get us into the end zone. I do think we are a more stable district than we were when I arrived,” he said.

Hopson, 53, who is married, the father of a college age daughter and still the owner of a house in Portland, has a three-year contract with the district. He said he doesn’t worry about losing his job.

“I’m leading based on convictions and on systemic equity, and so I’m not concerned about anyone else’s personal agenda driving the decisions I make as superintendent. Regardless of what happens, if the decisions I have made are truly based on a conviction, a passion, for improving educational opportunities for students, then I can look myself in the mirror and be comfortable regardless of the outcomes.” DIVERSITY TRAINING

At Hopson’s urging, the School Board on Oct. 12 approved a contract for $281,000 plus travel costs with the Pacific Education Group, despite Lawrence’s concerns - based at the time on a report from the Internet - about the reputation of the organization and its leader, Glenn Singleton.

That report accused the organization of being biased, hateful and insulting to teachers in the name of diversity training, Lawrence said.

The district’s contract with the organization followed on the heels of Singleton’s Sept. 10 invitation to Hopson to write an essay titled “Courageous Conversations About Race: From Theory to Practice” for a book that Singleton was writing.

Singleton asked Hopson to be one of as many as 10 people to write for a section of the book Singleton planned to call Voices from the Inside: Narratives of Racial Equity Leaders who Walk the Talk.

Hopson notified the board in a Sept. 30 e-mail that he intended to accept Singleton’s invitation. He said last week that he had agreed to write the piece in his role as an academician and researcher and that there was no payment to him by Singleton for the contribution.

Hopson said his interest in and commitment to the issues of race and equity are central to his career as an educator and they predate his work with Singleton, to whom he was introduced while working in the Portland School District, where he was a deputy superintendent.

He offered as an example his 1993 dissertation, “A Psychological Portrait of the African American Male Student in the Public Schools.” Additionally, he was an adjunct professor for 12 years at the University of Portland, where he taught a graduate level course called Social and Cultural Foundations.

“I am one of a very small group of superintendents who are considered content experts because of my extensive background and experience as a professor at the higher-ed level,” Hopson said.

“We just find the issues around isolating race in this country too uncomfortable to confront,” he continued. “Not with this superintendent; it has been the good fight for my entire career, and I am not about to stop confronting systemic inequity at this point.”

“It disgusts me when assumptions are made that everything done is about personal monetary gain when for researchers like me, it is more about making a meaningful contribution to the field or body of work,” he said.

Lawrence said 32 district administrators, including principals, did not show up for a December training session by the Pacific Education Group after a previous session upset attendees.

“There were a lot of hurt feelings. There were administrators crying,” she said of the first session. “It was pretty bad, but Dr. Hopson and I have settled this down, talked about it, and he’s assured me that none of this will happen again. It’s a matter of revamping.”

Lawrence said it is critical that diversity training take place.

“All of it helps. We need help to do everything we can to get our black male students’ grades up and their test scores up, but we don’t need to hurt our administrators in the process,” Lawrence said.