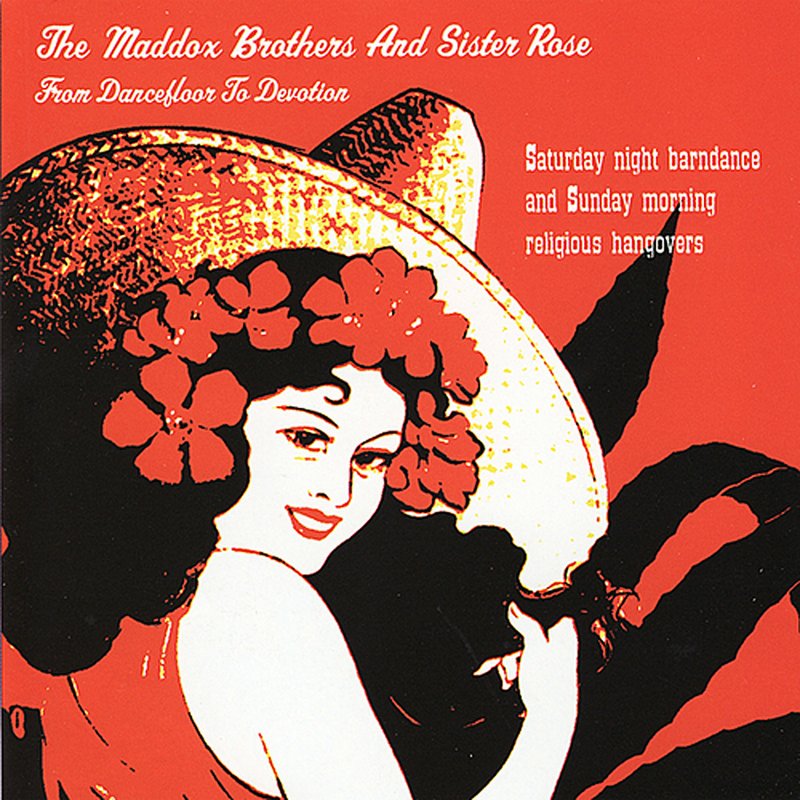 The Maddox Brothers and Sister Rose

Big as in Frank Sinatra. The Frank Sinatra Collection (import only, $353 and up) is 35 CDs of his Reprise Records recordings and one DVD.

Their catalog finally made it to iTunes.

Apple Records, the eclectic label started by the Beatles, opened its vaults and out came a 17-CD set, The Apple Records Box ($336.99). It featured a two-CD set of rarities and a single-CD compilation of hits, Come And Get It: The Best of Apple. All of the albums - including those by James Taylor, Billy Preston and Badfinger - were issued individually ($18.98 each).

Using the occasion of what would have been his 70th birthday, Capitol remastered and rereleased John Lennon’s solo catalog, including two excellent multidisc career overviews.

But the best reissue of 2010 came from a man who died at age 29 in 1953 - the gifted songwriter and singer Hank Williams.

The 72 Mother’s Best Flour radio shows, each 15 minutes in length, give us what we didn’t have before - a sense of Williams as a personality and an entertainer. We hear a

singer who so completely inhabited a song that whether he wrote it or not is almost irrelevant. Thanks to these shows, Hank Williams lives.

The packaging is way cool - the CDs, DVD and a book are inside a box that replicates an antique radio. Turn the knob and you’ll hear bits of a radio show. These re-cordings are a real treasure. Available at hankwilliamsmothersbest.com.

This box, packaged like a hardcover book, captures the essence of John Mellencamp’s life and career. And its title? “I started making records in ’76, and the most recent track on the collection was done in ’09. So Rural Route 7609; it’s like an address. I thought it sounded cool,” Mellencamp told writer Anthony DeCurtis in the superb liner notes of this excellent retrospective, which focuses not on hits, but the key songs of his career.

“For anyone interested in finding the real John Mellencamp, this is where he’s been, and where he lives,” DeCurtis writes.

Bob Dylan’s first album in 1962 had just three originals. When it didn’t sell, he changed song publishers and signed with Witmark, where he cut several demo sessions. This was a remarkably creative period - “Blowin’ in the Wind,” “A Hard Rain’s A-Gonna Fall,” “Masters of War,” “Don’t Think Twice, It’s All Right,” “The Times They Are A-Changin’” and others emerged. (Peter, Paul and Mary had big hits with “Blowin’ in the Wind” and “Don’t Think Twice, It’s All Right,” The Byrds soared with “Mr. Tambourine Man.”)

The recordings are, obviously, very simple. They’ve been remastered and sound clean and very intimate.

Fifteen songs haven’t been on an official album. Some are so-so, but “All Over You” and “Guess I’m Doing Fine” are wonderful.

The Witmark Demos’ gift to us is hearing the emergence of an artist. Dylan literally broke the mold for songwriters with his intelligence, wit and incisive view of the world and relationships. This album documents Robert Zimmerman becoming Bob Dylan, which makes Witmark of great value and enjoyment.

The engaging fusion of soul, glam and electronics has made this 1976 album one of rock’s most influential. Both versions of the reissue have two CDs devoted to Bowie’s much-bootlegged and remarkable 1976 concert at Nassau Coliseum in Uniondale, N.Y.

The Special Edition (three CDs, $34.98) has the original version of Station to Station, the two Nassau CDs, a 16-page booklet and three Bowie postcards.

The Deluxe Edition (five CDs, one DVD and three vinyl albums, $165.98) has the three CDs of the Special Edition plus the 1985 RCA CD master, a CD of songs from the album edited for singles, a DVD audio with the original master, record albums of Station to Station and the Nassau Coliseum show, a 24-page booklet and replicas of memorabilia.

The 1961 album was a ground breaker of sorts, with Charles leading the uncredited Count Basie Orchestra. This expanded release adds the three My Kind of Jazz albums from the ’70s, on which Charles worked with the likes of Blue Mitchell, Jimmy Heath, Clifford Solomon and James Clay.

The title album was produced by Creed Taylor (and released on Impulse) with arrangements by Quincy Jones and Ralph Burns. The mostly instrumental work has Charles playing Hammond B-3 organ throughout and singing on just two tunes. “One Mint Julep” was the first single.

A fab set of doo-wop songs has some groups you’ve heard - Skyliners, Dovells, Tymes, Turbans - and some you haven’t. Most selections arefairly obscure, but no less enjoyable. Among the best are the Turbans’ “When You Dance,” with its Caribbean influence; the soulful and amazing “Raising Teardrops” by the Angelos; and a stunning “Did You Ever Get My Letter” by The Tymes (who would hit No. 1 in 1963 with “So Much in Love”).

This is the best career overview yet of King’s work. One disc focuses on her hits as a recording artist, the other on tunes that established her songwriting career.

The “singer” disc includes “It Might as Well Rain Until September” and a batch of hits from her smash Tapestry album - “I Feel the Earth Move,” “So Far Away,” “It’s Too Late” and “You’ve Got a Friend.”

The “songwriter” disc includes The Shirelles singing “Will You Still Love Me Tomorrow,” The Chiffons on “One Fine Day,” Dusty Springfield’s “No Easy Way Down” and Aretha Franklin’s powerhouse “(You Make Me Feel Like) A Natural Woman.” Too bad it’s missing James Taylor’s version of “You’ve Got a Friend” or Freddie Scott’s 1963 hit version of “Hey Girl.”

This 1983 meeting of the legendary Albert King and the then-emerging legend Stevie Ray Vaughan has been reissued several times. But this one pairs the original 11 audio tracks on CD with a DVD of performances, including tunes not on the CD.

The DVD is very cool, like observing a master class, with Vaughan as the devoted student.

From her beginnings as a“cow punk” singer wearing sawed-off cowboy boots, k.d. lang evolved into a sublime, elegant-voiced singer. There are two versions of Recollection: a three-CD and one DVD box ($34.98) and a two-CD set ($19.98).

The two-CD set and the first two CDs of the deluxe edition are the same. The first CD has the dramatic “Trail of Broken Hearts,” “Constant Craving” and a wonderful cover of Leonard Cohen’s “Hallelujah.” The second adds tunes from other sources and film soundtracks, including the breathtaking duet with Roy Orbison of “Crying” and a new version of “Hallelujah.”

The deluxe edition’s third CD is devoted to rarities; the DVD includes videos of “Constant Craving,” “Hallelujah” and “I Dream of Spring.”

Francis Albert Sinatra & Antonio Carlos Jobim was one of Sinatra’s most sublime albums. The 1967 work teamed the singer with Jobim, the great Brazilian guitarist, singer and songwriter. This expanded edition includes the original album and 10 more songs from a later session. Their adaptation of American standards into bossa nova worked especially well on Cole Porter’s romantic “I Concentrate on You” and a strikingly sexy “Baubles, Bangles and Beads.”

11. Maddox Brothers and Sister Rose, From Dancefloor to Devotion, Righteous, $18.98

Moving from dance hall to devotion, the Maddox clan (the group broke up in 1959, Rose went solo that year) sings with spirit such tunes such as “Dust on the Bible” and “He Set Me Free.”

Three years after the Runaways broke up, Joan Jett was riding the top of the charts with her still-exciting “I Love Rock ’n’ Roll,” which was No. 1 for seven weeks in 1982. Greatest Hits, which has been digitally remastered, also includes Jett’s rerecordings of several Runaways songs, including “Cherry Bomb.” Jett’s tough sound - basic, stripped-down and oh-so-catchy - endures because she has never let her quality or passion slip.

Also notable: Collectors’ Choice gave Jefferson Airplane fans a look at the band’s transition between lead singers Signe Anderson and Grace Slick when they issued Live at The Fillmore Auditorium 10/15/66: Late Show: Signe’s Farewell and Live at The Fillmore Auditorium 10/16/66: Early & Late Shows: Grace’s Debut (both $13.98). Also, the continuing release of Doors concerts by Rhino, including this year’s Live in Vancouver 1970 (two CDs, $19.98).