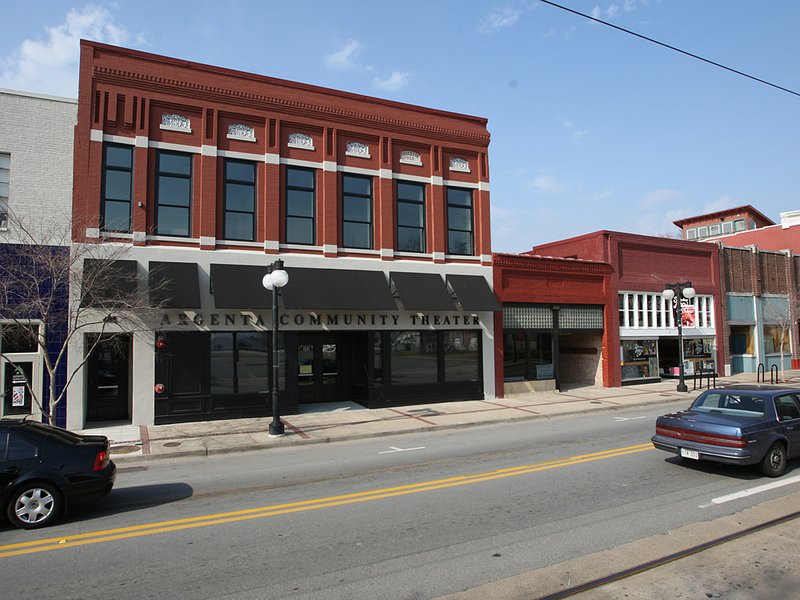 Clinton and Steenburgen are to attend a Feb. 19 fundraising dinner in an outdoor tent to be set up in a parking lot across from the $2.8 million nonprofit theater at 405 Main St., according to event organizers.

Tickets to the dinner are $150 each or $1,500 for a table of 10. Organizers hope the event draws 500-600 people, said Judy Tenenbaum, co-founder of the theater concept with Vincent Insalaco.

Main Street, between Fourth and Fifth streets, will be closed off for the Saturday event, Insalaco said.

“We’ll have a tunnel tent running from the parking lot that will be red-carpeted, leading up to the theaterdoor, so people can come to it for a tour that night,” Insalaco said. “We tried to price it where it will be accessible. Obviously, it’s tax deductible.

“We think the event is pretty remarkable,” he added.

Once open, the two-story theater - with retractable walls, rehearsal rooms and separate reception areas - is to be available for rent for a variety of uses. Income from the theater is to be turned back to the community in the form of grants and student scholarships.

In December, the North Little Rock City Council approved giving $150,000 with the intent to ensure that the theater is accessible for community use.

Insalaco said the theater building could be used for such things as amateur plays, student workshops, meetings, luncheons, weddings, political fundraisers or recitals.

The three-night, Thursday-Saturday “Opening Act” celebration, is to begin Feb. 17 with a screening by the Little Rock Film Festival of a feature motion picture not yet announced.

On Feb. 18, there is to be an invitation-only dinner at the theater and the dedication of the Sally Riggs Insalaco Theater area inside the facility, named for Insalaco’s late wife.

Sally Riggs Insalaco, who died in 2006, was a Broadway dancer and an original cast member in the Jesus Christ Superstar rock opera. She later became a North Little Rock dance teacher and choreographer.

“Friday will be all about Sally,” Tenenbaum said. “It’s very personal for us.”

The theater’s grand opening has been worked around Clinton’s schedule so that the former Arkansas governor and former U.S. president could attend, Insalaco and Tenenbaum said.

“We both personally asked him, and we’re very grateful that he agreed to come,” Tenenbaum said.

Steenburgen, a Newport native, grew up in North Little R'ock and has a home in Little Rock with her husband, television and movie actor Ted Danson. She won a best supporting actress Academy Award for her role in the 1980 film Melvin and Howard.

Tickets and more information are available by calling Kyla Bryant at the theater at (501) 353-1443 or by e-mailing kbryant@argentacommunity theater.com.