Clarke's status in limbo at Arkansas 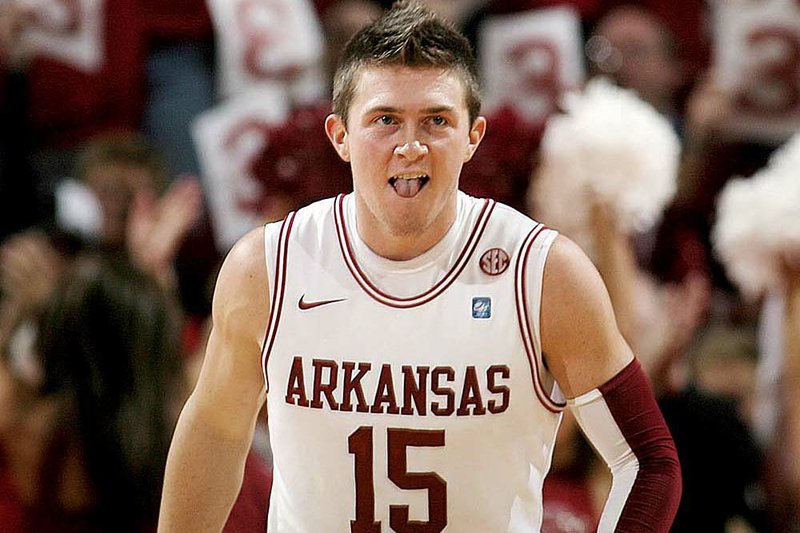 Citing sources, Fayetteville-based NBC affiliate KNWA reported Arkansas' players were informed by coach Mike Anderson late Friday night Clarke was no longer on the team. Upon learning of the report, Clarke's father, Conley, said, "Nobody has let us know anything."

Speaking for the first time publicly since John Pelphrey was fired and Anderson was hired by the school in March, Clarke told CBSSports.com earlier in the day the school won't grant his request to be released from his scholarship and transfer.

"I have spent the last couple of months getting to know Coach Anderson, his staff and his system," Clarke said. "And I still feel as though it's best for me to finish my career somewhere else."

Clarke, who has one year of eligibility remaining at the school, said he has been unsuccessful in reaching UA athletics director Jeff Long about a release this week. A UA spokesperson said Long was out of town this week and would return to work Monday.

The school did not comment on either report Friday concerning Clarke.

Clarke had first requested a release following Pelphrey's dismissal three months ago, but Anderson said in April the guard planned to stay for his senior season.

“I had a chance to visit with him and his parents as soon as I got here,” Anderson said at the time. “I think Rotnei is at peace and he wants to have a special senior year, and he wants to do it in a Razorback uniform.”

Arkansas has since cut ties with two players from last season's roster in forward Glenn Bryant and guard Jeff Peterson, both of whom were given scholarship releases earlier this month. Bryant has since transferred to Eastern Michigan, while Peterson, who graduated in May with a year of eligibility remaining, is expected to transfer as well.

Clarke told CBSSports.com he was afraid he wouldn't fit in well with Anderson's uptempo style dubbed "The Fastest 40 Minutes in Basketball".

"I love the school and the fans," Clarke told CBSSports.com. "But I just don't feel as though it's the best fit for me basketball-wise - and it's tough watching guys like Jeff and Glenn be able to go somewhere else, where I'm not able to."

Clarke started all 31 games for the Razorbacks last season, averaging a team-high 15.2 points per game. He was one of the Southeastern Conference’s leading 3-point shooters, connecting on 91 attempts as a junior, and he was twice named the league’s player of the week.

Clarke is second in school history with 275 made 3-pointers and could reach Pat Bradley’s record of 366 next season. He also holds the school’s single-game scoring record with 51 points against Alcorn State in 2009.

Losing Clarke could be detrimental to the program in more ways than just on the court. Clarke is believed to be on track to graduate in the coming academic year and would give the program coveted graduation points in the NCAA's Academic Progress Rate.

Arkansas was given a "historic penalty" by the NCAA last month, losing one scholarship for one season because of repeated low APR scores.

The guard has reportedly been unhappy with the program multiple times throughout his career. A local TV station reported he was considering transferring following his sophomore season in 2009-10, though Clarke later refuted the report through the university's media relations department, saying he was happy at Arkansas.

If Clarke were to leave, it would leave the Razorbacks with only 10 qualified scholarship players for next season. Four of Arkansas' five signees have qualified, with the eligibility of the fifth - Little Rock Parkview forward Aaron Ross - in doubt pending an ACT score.

Because of the lack of scholarship players, Arkansas is expected to take the NCAA penalty limiting scholarships in the 2011-12 season instead of deferring to the following year.

Clarke isn't the only member of his family to request a release from Arkansas this spring. His younger sister, Cassie, was released from her scholarship with the Razorbacks volleyball program last month and has transferred to Saint Louis University.