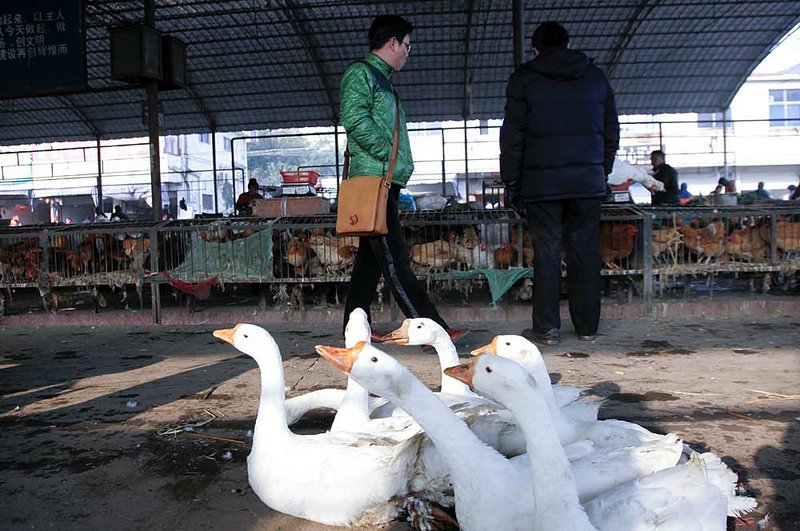 LITTLE ROCK — Chinese Premier Wen Jiabao will open the annual gathering of the National People’s Congress today with a pledge to shrink China’s wealth gap. The challenge will be reflected in the makeup of the assembly itself.

The richest 70 of the 2,987 members have a combined wealth of $75.1 billion, and include China’s richest man, Hangzhou Wahaha Group Chairman Zong Qinghou, according to the research group Hurun Report. By comparison, the wealthiest 70 people in the 535-member U.S. House and Senate, who represent a country with about 10 times China’s per-capita income, had a maximum combined wealth of $4.8 billion, data from the Washington-based Center for Responsive Politics show.

The presence of billionaires in China’s Congress,which is the highest state legislative body and meets to approve government economic and fiscal plans, is one consequence of the Communist Party’s opening to capitalists to join it a decade ago. The step now risks hampering efforts to tackle inequality, such as higher taxes on upper-income earners, financial disclosures and real-estate levies, said Huang Jing of Singapore National University.

“The biggest problem to passage of the property tax is the People’s Congress,” said Huang, a professor at the Lee Kuan Yew Center for Public Policy. “How can you expect those rich people to represent the interests of people who need help?”

Data compiled by Hurun, a Shanghai-based group that tracks China’s wealthy, indicate there are at least 38 National People’s Congress delegates with more in assets than the wealthiest U.S. Congress member, Rep. Darrell Issa, R-Calif. Issa had maximum wealth of $451.1 million in 2009, according to congressional disclosures compiled by the Center for Responsive Politics. Issa’s office didn’t respond to an e-mailed request for comment.

The ranks of the wealthy in China are swelling as the nation experiences the fastest expansion of any major economy, with gross domestic product increasing on average about 10 percent annually in the past two decades. The benchmark Shanghai Composite Index of stocks climbed 124 percent in local-currency terms in the five years through February, compared with a 3.6 percent advance for the U.S. Standard & Poor’s 500 Index.

Zong, 65, a Communist Party member whose wealth Hurun puts at $12 billion, said in Beijing on Tuesday that he believes higher taxes and extensive welfare-benefit programs, such as those in Europe, sap energy from entrepreneurs.

“Rich people are investing their money, creating more jobs,” Zong said. “If rich people all get killed, nobody is going to invest or build factories, there will be no jobs.”

Wen, 68, said Feb. 27 that the government would push to narrow a growing wealth gap that Credit Suisse Group AG said in an August report was at levels not seen outside of Africa. Wen pledged to tackle surging property prices that have put home ownership out of the reach of many, control inflation and crack down on official corruption.

“We should not only make the cake of social wealth asbig as possible, but also distribute the cake in a fair way and let everyone enjoy the fruits of reform and opening up,” Wen said Feb. 27, according to state-owned Xinhua News Agency. Wen’s opening address to the Congress today, scheduled for 9 a.m. Beijing time, is set to detail the government’s latest Five Year Plan for China, focused on bolstering domestic demand and household spending.

China’s leaders have embraced higher wages as part of their campaign, with all 31 of China’s provinces and regions likely to increase their minimum wages in 2011 for the second consecutive year, according to Credit Suisse. Rural incomes rose 10.9 percent in 2010 to an annual average of $901, government data show.

Even so, accelerating inflation and rising property prices have undermined households’ spending power. Consumer prices have exceeded the government’s 4 percent target for 2011 in each of the past four months. Slums have emerged in the suburbs of cities from Beijing to Guangzhou as migrant workers and cashstrapped urban youth seek an affordable place to live.

Chinese activists inspired by the pro-democracy movements in Tunisia and Egypt have called for nationwide protests, which led to an increased police presence in Beijing, Shanghai, Guangzhou and other cities last month. The activists say the Communist Party should give up power if it doesn’t address the wealth gap, promote an independent judiciary, curb inflation and property prices, and crack down on corruption.

Zong, who founded the third-largest soft-drinks maker in China in 1987, typifies the billionaires on the National People’s Congress, who like him are self-made. Others include Lu Guanqiu, 66, the Chairman of Wanxiang Group, China’s No. 1 auto parts maker, who also employs more than 5,000 people in 14 U.S. states. He met President Barack Obama at the White House in January. Hurun puts his wealth at $4.4 billion.

“Our biggest competitor is ourselves,” Lu said in a Jan. 21 interview in Chicago.