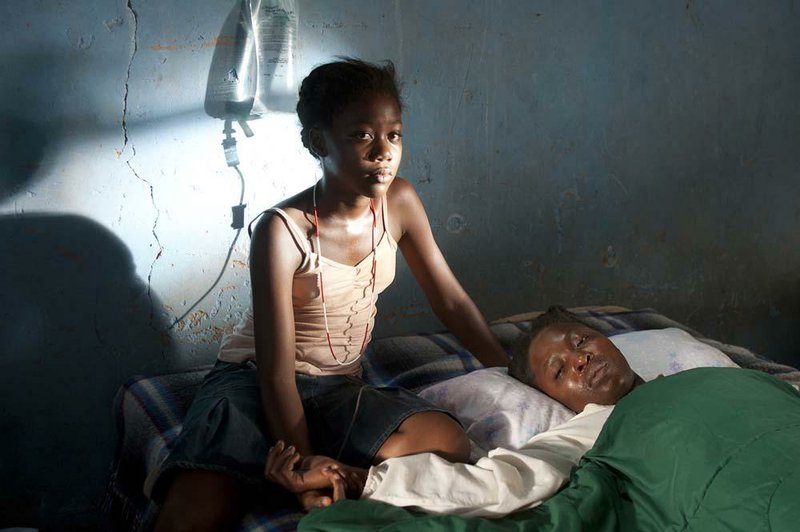 Chanda (Khomotso Manyaka) looks after her dying mother Lillian (Lerato Mvelase) in the South African drama Life, Above All.

LITTLE ROCK — In Oliver Schmitz’s bluntly moralistic Life, Above All, 12-year-old Chanda (Khomotso Manyaka) is a little girl with big problems. Her father is dead. Her baby sister has just died. Her mother, Lillian (Lerato Mvelase), is mysteriously exhausted and her stepfather is an alcoholic wastrel, leaving her as the primary caregiver to her two younger siblings. And her best friend, Esther (Keaobaka Makanyane), has decided to become a prostitute. After all, everybody already assumes she’s turning tricks.

Set in a poor township near Johannesburg, the film - based on the book Chanda’s Secrets by Canadian novelist Allan Stratton - plays a little like an Afterschool Special version of Winter’s Bone, another film about a justice-seeking young woman thwarted by a close-knit and watchful but ultimately unhelpful community. The specter of Africa’s AIDS epidemic lingers over the film, though the disease is rarely specifically invoked.

Chanda’s neighbors assume the disease is the source of Lillian’s illness, and the rumors and innuendo commingle with tribal terror. In their ignorance, they fear that Lillian may infect them all. Neighbors invite her to leave. But Chanda sticks by her ailing mother, and her disgraced friend.

A lot of people might find Life, Above All a little strident and obvious. The movie is undeniably soapy, and occasionally veers into areas it should either have left alone or delved into a little deeper (such as Chanda’s problems at school) and the feel-good ending feels tacked on, but the cast is uniformly strong. And there’s an undeniable fierceness and intelligence in Manyaka’s lead performance. She’s far from a polished actor, but there’s real steel there.

Print Headline: Life, Above All