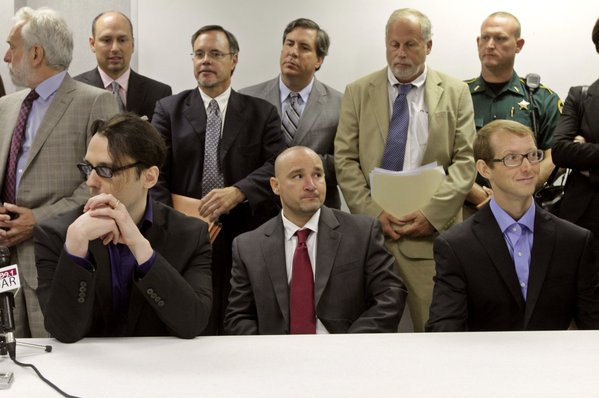 Damien Echols, Jason Baldwin, and Jessie Misskelley were released in August after striking a plea agreement that allowed them to plead guilty to lesser murder charges while still proclaiming their innocence on the record.

CHARLOTTESVILLE, Va. — A lawyer who represented one of the defendants in the West Memphis murders of three Boy Scouts plans to teach a two-week course on the case at the University of Virginia School of Law.

Stephen Braga’s course this week will cover the 17-year effort to overturn the murder convictions of three teenagers.

Braga represented Damien Echols, who along with Jason Baldwin and Jessie Misskelley Jr. were found guilty in 1994 of killing three boys whose bodies were found in Robin Hood Hills.

Echols was sentenced to death, the others to life imprisonment.

The three maintained their innocence and several celebrities took up their cause. They left prison in August after reaching a deal with prosecutors in which they entered Alford pleas. The arrangement allowed them to assert their innocence while acknowledging that prosecutors had enough evidence to convict them.