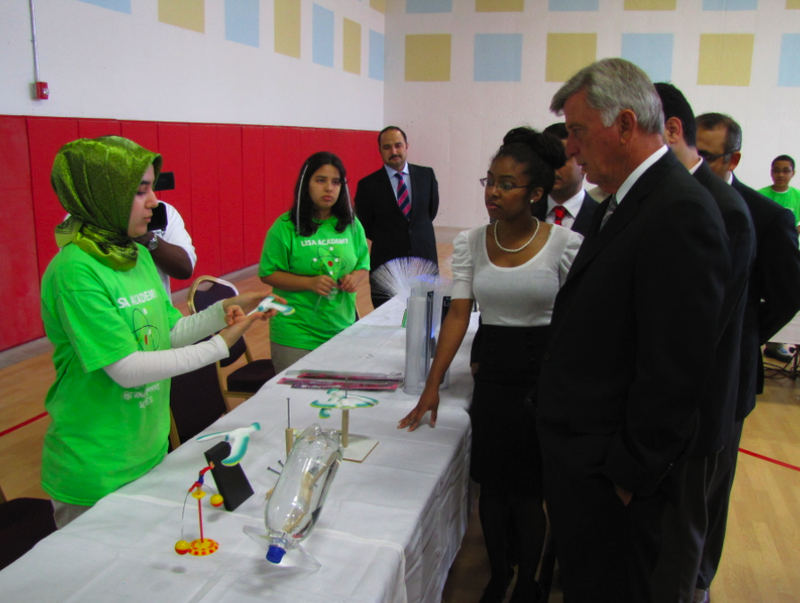 "This is merely the beginning," said Beebe, who helped cut the ribbon and then visited with students at a science fair in the school gym. "The high standards reflected here should be rep across the state. The commitment of our parents and our support personnel to making sure these students are successful needs to be replicated in as many communities as possible."

Superintendent Cuneyt Akdemir called it a "great investment" in the city and state.

"We are very proud of the new building and the opportunities this facility will provide for our new high school students," he told a crowd of teachers, students, parents and other supporters.

LISA Academy, which emphasizes math and science learning, was founded in 2004. Akdemir said 90 percent of its graduates over the last three years are enrolled in four-year colleges.