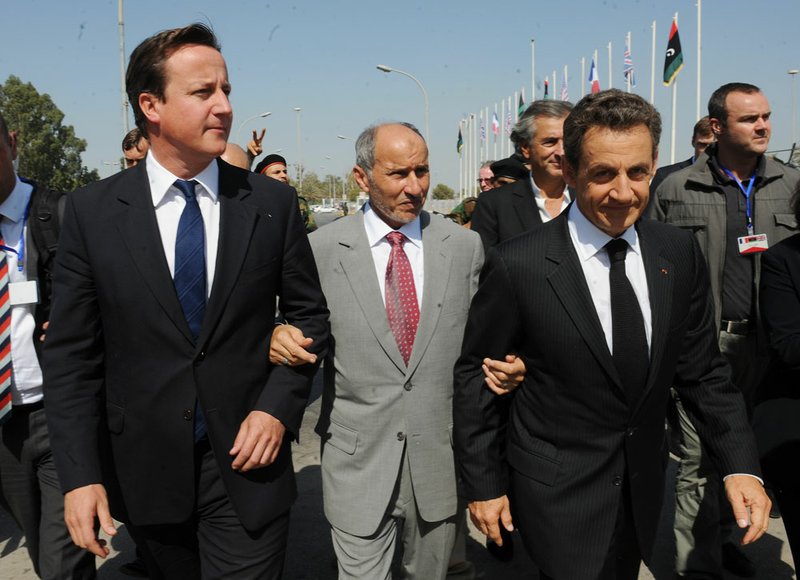 Cameron told the fugitive Libyan leader and his backers, “It is over. Give up.”

The two were the first world leaders to travel to Tripoli since revolutionary forces, backed by NATO airstrikes, swept into the capital on Aug. 21 and forced Gadhafi into hiding. The visit aimed to give a significant boost to the National Transitional Council, the body of former rebels that is widely recognized as the new leadership but faces a major struggle in establishing its authority.