A man who owed more than $30,000 in various fines was arrested in Costa Rica and has been brought back to Baxter County. 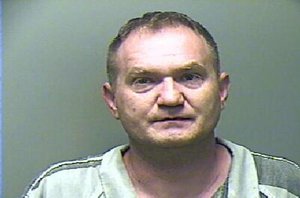 Michael Sanders, 39, had been living in Costa Rica and was arrested by U.S. Marshals last month for an outstanding felony bench warrant for contempt of court. He was taken to Houston, and Baxter County deputies brought Sanders back to the county March 23.

Sanders faced a variety of theft charges that involved him accepting money to purchase parts for outboard motors or to make repairs on outboard motors, which he never did, the report said.  He also did not return the motors or the money he had taken for the parts.

The court ordered him to pay restitution to 30 victims, which included individual citizens and businesses. He also was ordered to pay some fines and court costs. He made some payments in 1998, according to the report, but then discontinued.

Sanders was sentenced to serve 178 days in the Baxter County Detention Center and was ordered to pay his fines and restitution.