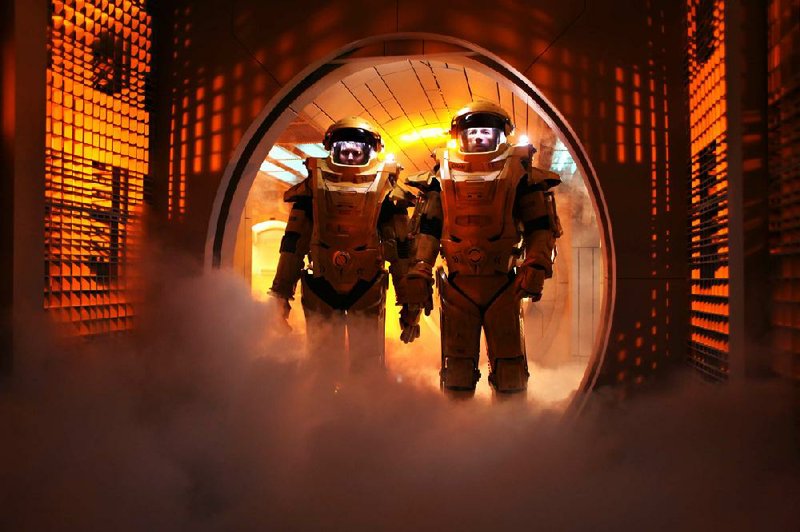 LITTLE ROCK — While French action producer Luc Besson (the mind behind The Transporter trilogy) is happy to take credit for Lockout’s storyline, I hope he has the decency to send some of his royalties to John Carpenter for ripping off Escape From New York.

Actually, the two are on the same team, but the chain-smoking Snow (do people still smoke in the future?) has been caught in an operation that has gone bad. Because a fellow spy has died, Snow is on his way to prison even though he’s innocent in the other agent’s death.

Before he can further question the honor of his interrogator’s wife (that witty Snow!), the government gives him an offer he can’t, well, he can refuse, but it could restore his reputation as an honest, tobacco-consuming agent. The president’s daughter Emilie (Maggie Grace) has been inspecting a prison in space to find out if the inmates have been mistreated. Because these folks are off the planet, the chance for abuse is real.

Instead, she winds up at the mercy of a couple of psychotic inmates named Alex (Vincent Regan) and Hydell (Lennie James). The two have freed all of their fellow convicts from a state of hibernation. While Emilie can take care of herself, she’s still on a space station with nearly 500 killers and thugs. Snow has to sneak aboard the prison and get her out.

Of course that can’t be done without lots of gun play and explosions. Besson, Mather and St. Leger occasionally come up with ways to maximize the terror of being stuck in space with a bunch of angry, violent crooks.

But Mather and St. Leger can’t decide if they’re going for laughs or thrills. As Snow quips and shoots his way out of danger, there really isn’t a sense of tension that’s necessary to keep the film engaging. Of course, it might have helped if Pearce’s wit didn’t sound like a drunken relative reciting one-liners from a Rodney Dangerfield album.

On second thought, maybe Pearce would be funnier and more imposing if he borrowed Russell’s eye patch.

PG-13, for intense sequences of violence and action, and language including some sexual references