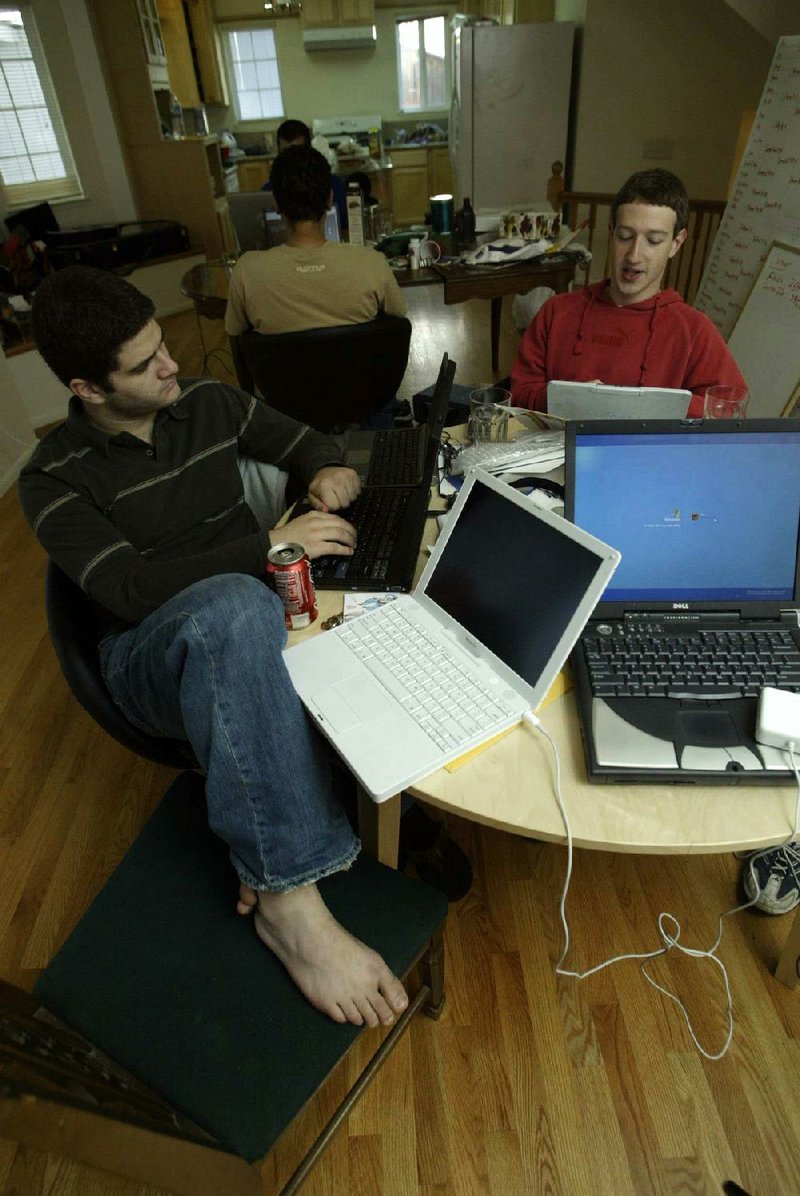 SAN FRANCISCO — Facebook Inc., which is on the verge of a $100-billion initial public stock offering, is attracting a lot of investor attention.

Meanwhile, an elite group of former company insiders, already wealthy or soon to be because of the looming Wall Street payday, are building what may be next generation of Silicon Valley companies.

And they’re doing it together.

Adam D’Angelo, Facebook’s first chief technology officer, is working with Facebook pal Charlie Cheever on Quora, a website whose aim is to connect people to information.

“Very few people get to change the world with their friends. Now we are setting out to do it again,” said Kevin Colleran, 31, Facebook’s first ad sales guy, who is now an investor handing out money and advice.

Whether these Facebook friends, most still in their 20s, can deliver on these youthful ambitions remains to be seen. Silicon Valley is littered with the wreckage of companies that burned through all their hype and cash.

What’s clear is that it pays to have friends like these in Silicon Valley, where it’s all about whom you know and whom you work with.

Innovation, researchers have found, is an inherently social act, owing as much to these tight knit networks as the garage tinkering of individual entrepreneurs.

“The basic unit of innovation in Silicon Valley is the team,” technology consultant and Stanford University engineering professor Paul Saffo said. “Innovation is an irrational act, and the only way to get through that irrationality is to surround yourself with other people as crazy and obsessed with changing the world as you are.”

For decades, these networks have seeded Silicon Valley with breakthrough ideas and ventures. It all began with Frederick Terman, who, as a young Stanford University faculty member in the 1930s, encouraged his engineering students William Hewlett and David Packard to start a company. Terman brought together young entrepreneurs and local industry, giving rise to a powerful and wealthy high tech community to rival the East Coast.

Interlocking social networks were forged in cubicles across Silicon Valley. In the 1960s the “traitorous eight” defected from Shockley Semiconductor Laboratory to start a competing company.

Fairchild Semiconductor quickly surpassed Shockley and became a training ground for engineers. When it began to stumble, the original eight founders moved on to new ventures. Eugene Kleiner became one of the region’s most important venture capitalists. Gordon Moore and Robert Noyce co-founded Intel Corp.

The most famous social network is the “PayPal mafia,” a high-profile band of executives who sold the payments company to EBay Inc. They then built and backed some of the hottest companies in Silicon Valley, including Yelp, YouTube and Facebook. Facebook’s first Silicon Valley investor was Peter Thiel of Founders Fund, who was PayPal’s chief executive and co-founder.

Now it’s the Facebook pals’ turn. With social networking wired into their brains, who better to out-friend the Pay-Pal mafia?

“We have all been through the experience of building something that had a massive, massive impact on the world. Going out a second time and starting a new company, nothing short of that is very interesting,” Moskovitz said in an interview in Asana’s San Francisco headquarters. “Everyone is mission-oriented. They want to do something that will touch everyone on Earth.”

He and Rosenstein are building software that breaks down communication barriers so that people can collaborate more effectively.

“We are focused on building a company that will last. We expect to be a $100-billion company,” said Rosenstein, 28. “We run the company with the intent and the expectation to be the next in that lineage.”

D’Angelo, 27, and Cheever, 30, have similarly lofty goals. Over Chinese food in Facebook’s offices in the fall of 2008, they began discussing websites that enabled users to answer one another’s questions. The services were wildly popular. But the answers were often wrong or useless.

D’Angelo and Cheever decided they could do better, so they started work on Quora in 2009. They rented cramped offices over an art supply store in an old building in Palo Alto, Calif., hired programming and design prodigies, and got experts to weigh in with thoughtful, authoritative answers to hundreds of thousands of questions.

Traffic grew quickly as Quora won over fans with answers that were not only smart but entertaining:

“What’s the best way to escape the police in a high speed car chase?” A former Missouri police officer responded that it’s easy if you pick a jurisdiction where authorities are bound by strict pursuit guidelines to avoid liability.

“If you injure a bug, should you kill it or let it live?” An entomologist responded that insects don’t feel pain the way that vertebrates do, so there’s no need to put them out of their misery.

Quora landed $11 million in funding and an $86-million valuation via Benchmark Capital’s Cohler and now has 33 employees.