Clinton: El Dorado Promise should be model for other communities 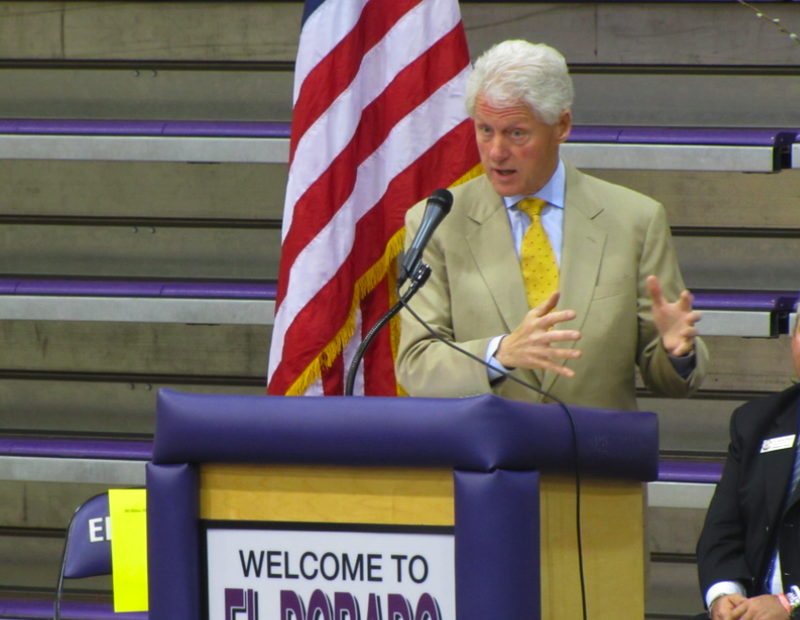 EL DORADO — President Bill Clinton says communities across the country should follow the lead of the El Dorado Promise, a $50 million scholarship program that has led to increases in graduation rates and test scores.

Clinton, speaking at Academic Signing Day at El Dorado High School, said other communities will see similar results if they provide similar programs. The El Dorado Promise is a fund created by Murphy Oil Corporation that pays seniors at the school up to full in-state college tuition and fees upon graduation.

The program, established in 2007, has paid out more than $8.5 million in scholarships so far. Officials say its creation has spurred a jump in college attendance from 60 percent of graduates before to 90 percent in 2011.

"If someone would emulate what Murphy Oil has done in every high school in America, we'd get the same results," Clinton said. "Somebody should do this everywhere. Because this is important."

Clinton told more than 300 recipients of the scholarship that going to college is key to achieving personal freedom and to helping the country recover from its economic troubles.

"This is a huge deal," he said, slowing his words for impact. "This scholarship is giving you the chance to do what you want to do."

Clinton at one point said he intended to "make it his business" to convince other companies to establish such funds in their communities. Moments later, he directed the students to sign paperwork making their scholarship official.