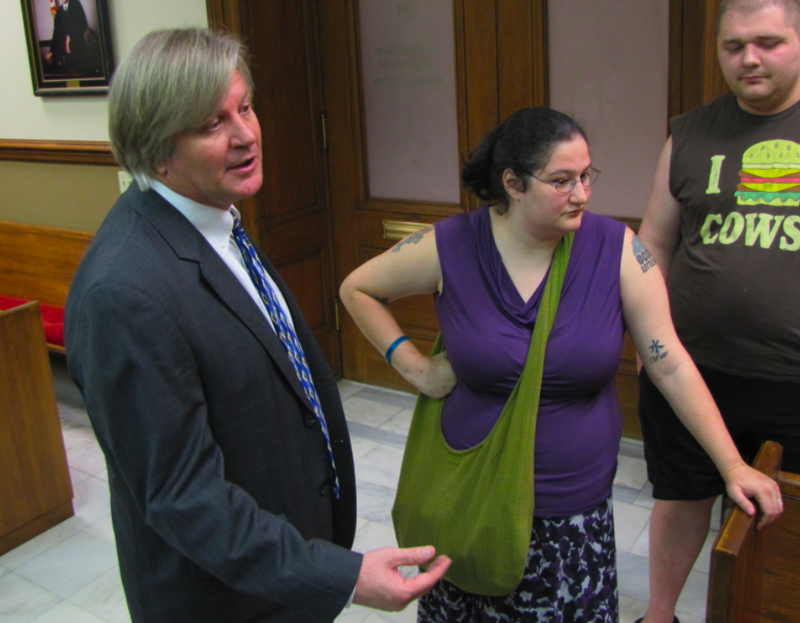 LITTLE ROCK — Two Occupy Little Rock members who were not certified for the ballot for at-large Little Rock city director positions will submit affidavits in a bid to show they should be allowed to run, officials agreed at a court hearing Friday.

A judge will then decide next week whether Kaitlin Lott and Adam Lanksy should be certified as candidates.

An attorney for the pair filed a motion Thursday seeking their certification after the city clerk determined neither had enough signatures from registered, eligible voters to qualify for the race.

Lott and Lansky each handed in more than the required 50 signatures, but each petition had several names stricken when the address listed on the form didn't match voter registration records.

David Couch, an attorney representing Lott and Lansky, countered that the stricken signatures should be counted if they belong to registered voters in Little Rock who simply have outdated voter registration information.

In a hearing Friday morning before Pulaski County Circuit Judge Jay Moody, the two sides agreed to delay printing of the ballots while Couch submits affidavits from the signers in question affirming their status as eligible city voters.

"Our position is they're registered voters," Couch said. "They count."

The printing of the ballot has been delayed until next Friday at the earliest so the issue can be resolved. The affidavits are to be turned in by Tuesday.

Meanwhile, Lott and Lansky will be allowed to participate in drawing names for position on the ballot, an event scheduled Friday afternoon.