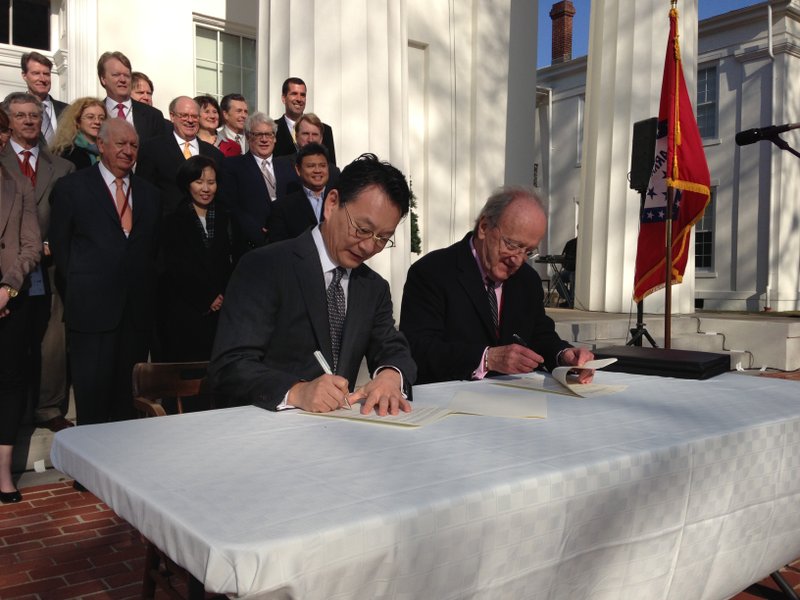 LITTLE ROCK — Former heads-of-state from around the world are meeting in Little Rock this week for the Club de Madrid’s 2012 annual conference.

The meeting of more than 40 global leaders begins today. Participants include former U.S. President Bill Clinton and a host of other luminaries.

Among the events at the meeting, the Club de Madrid announced a partnership with the P80 Foundation and the formation of the World Leadership Alliance. Wim Kok, former prime minister of The Netherlands, along with other dignitaries such as Jorge F. Quiroga, former president of Bolivia, announced the move in a Monday afternoon press conference at The Capital Hotel in downtown Little Rock.

The World Leadership Alliance will be a partnership between the Club de Madrid and The World Economic Council. One of several goals of the new partnership is to boost sustainable technology use globally.

As part of the partnership, P80 Foundation Managing Director Eugene Yun and Secretary General Carlos Westendorp signed the "Little Rock Accord". The document sets a formal agreement between the two sides to initialize a global task force aimed at increasing the role of public and private sector finance, with an emphasis on pension and sovereign wealth funds, in an effort to drive low-carbon, climate-resilient and sustainable growth. Additionally, the accord will address other climate-change challenges.

The meeting is closed to the public but will be livestreamed.

More information is available at www.clubmadrid.org.

Read more on the conference in tomorrow's Arkansas Democrat-Gazette.