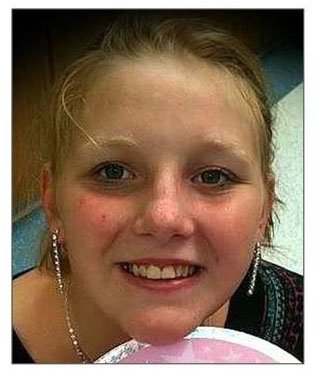 Police found human remains inside a barrel Friday night while searching for a missing Van Buren girl on the Lavaca property of the suspect in the case, Sebastian County Sheriff Bill Hollenbeck said.

Police investigating the disappearance of Angela Allen, 16, moved the barrel off the wooded site in the bed of a vehicle and transferred it to the coroner’s van about 9 p.m.

Hollenbeck said the property off N. Arkansas 96 is owned by the family of suspect Lloyds Jones, 36. The remains will be sent to the state Crime Laboratory for identification, he said.

Police said they believe Allen met Jones — a convicted level three sex offender — on a social networking site and then picked her up outside her home the day she disappeared.

A student at Butterfield Junior High School, Allen disappeared the evening of Feb. 10 after she left her home at 305 S. 17th St. to go for a walk and never returned, according to police.

Van Buren Police Chief Kenneth Bell said Jones, 36, was arrested Thursday evening on a charge of aggravated assault. A probable cause affidavit said Jones “met a 16-year-old female from Van Buren on Friday Feb. 10 in the early evening and transported her to the Lavaca area."

Jones took the teen, who wasn’t named in the affidavit, to the edge of the Arkansas River and struck her “with both hands,” the document said. “The strike caused the victim to fall into the Arkansas River (where) the suspect last saw her.”

Jones, who lives at a 103 N. Arkansas 96, is a convicted rapist. He is being held without bond in the Sebastian County jail.

Police announced at a 2 p.m. news conference they have arrested a Lavaca man in the disappearance of 16-year-old Angela Allen, of Van Buren, who went missing Feb. 10.

Suspect Lloyd Jones, 36, is a level three registered sex offender whom Allen left her home Feb. 10 to go meet, Bell said. Allen and Jones had been communicating for a time through text messaging, Bell said.

Jones is in the Sebastian County jail on suspicion of aggravated assault. He has a past conviction of rape, police said.

Correction: This story originally misstated the jail where Jones was being held. The error has been corrected.