Willis too much for Huntsville 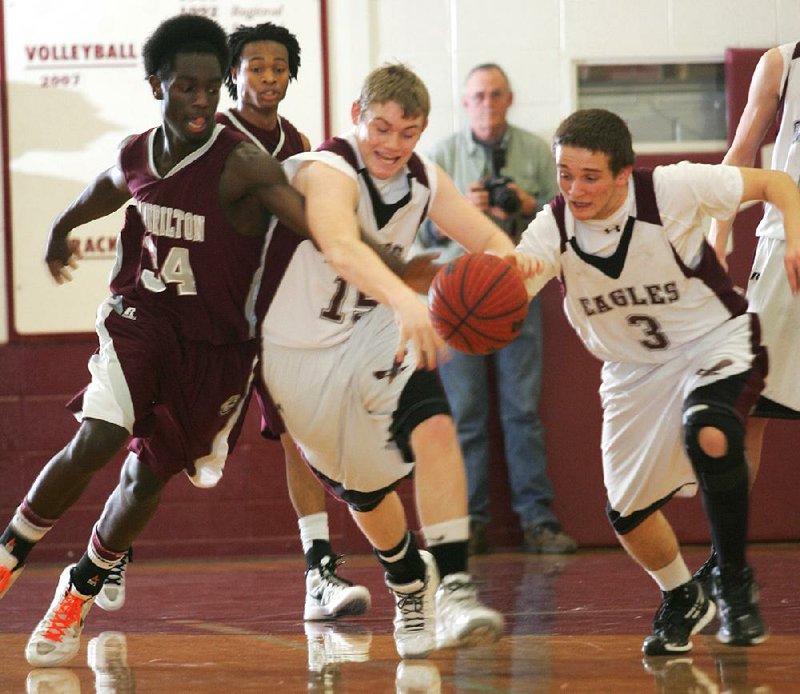 HUNTSVILLE — Tyrone Willis was nearly perfect for Morrilton, which is back in the Class 5A state tournament hunt after a 54-42 victory Friday at Huntsville’s Charles Berry Gymnasium.

Willis was 6-of-8 shooting from the field and 8 of 8 from the free-throw line en route to a team-high 22 points. He also hit both of his three-pointers as the Devil Dogs (16-10) improved to 8-4 in the 5AWest Conference after a recent three-game losing streak.

“Ty Willis played a really good ballgame,” Morrilton Coach Trent Tipton said. “He’s been our most consistent player for the last two years.He hit some big threes tonight to push it away for us.”

Huntsville pulled to within 41-36 with 5:08 left in the game on Blake Evans’ three-pointer.

LaQuanta Canady had a rebound basket, Willis hit a three-pointer, Canady had a basket and Warren Leapheart added a basket as Morrilton pushed its lead to 50-38 with 1:55 remaining.

“Willis is a good player. We had trouble containing him.”

Canady had 16 points and Leapheart added 11 for the Devil Dogs.

The Lady Eagles stepped up the defense in the second half to pull away from a halftime tie en route to a victory.

Huntsville took the lead for good on Rose Robinson’s free throw a minute into the second half.

She later scored off her own miss, hit another basket and assisted on a Taylor Grigg basket to push the lead to 26-21 with three minutes left in the third quarter.

Huntsville extended the lead to as much as 17 in the fourth quarter on two Lacey Jones baskets, including a three-pointer with 5:07 remaining.

Print Headline: Willis too much for Huntsville