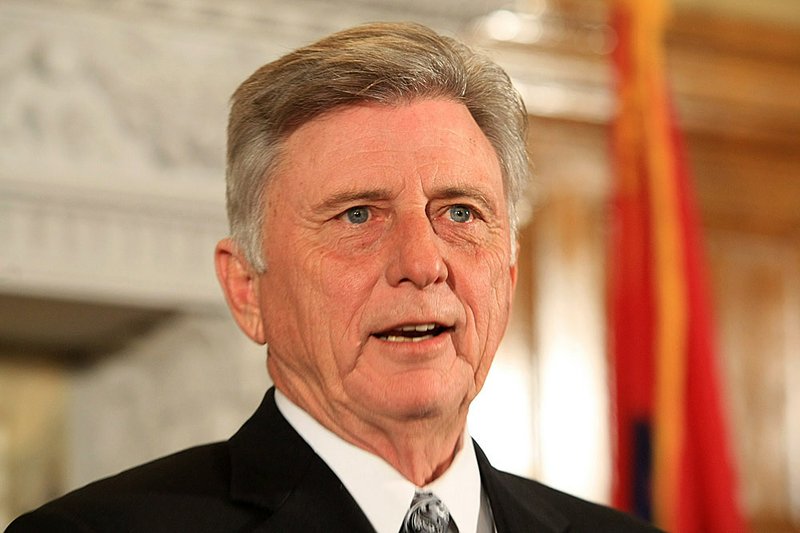 LITTLE ROCK — Gov. Mike Beebe said Wednesday that he wants the state’s Legislative Audit Division to find out who was aware of and responsible for the erroneous official reports that masked the state Forestry Commission’s slide into a $4 million shortfall and its misuse of federal funds this fiscal year.

He declined to speculate about the future of the top forestry official, John Shannon, who has said he accepts official responsibility as state forester but also has said he was not fully informed by a key former fiscal official for the commission, Robert Araiza, who has said all his key decisions were known to and accepted by Shannon or other officials.

Some Republicans have seized on the discovery to question Beebe’s management. Beebe is a Democrat.

The official reports are called “certifications,” and in them state officials certify that the amounts of money their reports assert are available to the agency, the sources from which those funds are derived and the purposes for which they are being spent are true and correct.

“We have talked to some legislative leaders on both sides of the aisle that it is my desire that Legislative Audit get to the bottom of it, who knew, who should have known about the miscertification of their money,” Beebe said in an interview.

“I hope they think it’s a good idea, and I hope legislative leadership will ask for an expedited investigation of that wrongful certification of federal funds. And if it needs to be referred to the prosecuting attorney, so be it,” said Beebe.

State Rep. Bryan King, a Republican from Green Forest, said he and more than a dozen other Republican lawmakers plan to ask the inspector general of the Department of Agriculture to investigate the commission’s use of federal funds.

He said he still is circulating a letter seeking the investigation for more signatures of lawmakers.

King’s letter to Inspector General Phyllis Fong said the commission “may have misused federal dollars in order to cover a shortage in funds for its operating costs,” and it’s not the first time the commission’s use of federal funds has been an issue.

King said he hopes a Legislative Audit Division investigation is “helpful, but there just needs to be a more formal investigation, and I am sick and tired of the governor coming back and wanting to blame this employee.”

King was referring to Araiza, who declined to comment Wednesday.

Beebe spokesman Matt DeCample said that U.S. Forest Service employees already are scheduled to visit the commission next week to review commission documents. Beebe had ordered that the commission report its misuse of federal funds to the federal government.

Stephanie Johnson, a spokesman for the U.S. Forest Service’s Southern region, said last month that the federal agency planned to look into the matter this month.

King said Shannon, who has been in charge of the commission since 1994, should be fired by Beebe, but “that’s not my call, that’s the governor’s. ... The governor can’t see the forest for the trees.”

Beebe said some lawmakers have suggested to him that he fire Shannon, but he’s “not defending anybody yet” and “not yet throwing anybody under the bus.

“I want to know everything there is to know about who is responsible for that,” he said of the improper certification of the commission’s funds.

Asked whether he might seek Shannon’s resignation, Beebe said, “I am not going to speculate. ... We won’t unfairly go after anybody nor will we inappropriately protect anybody. Whatever the facts are, wherever the chips fall, so be it.”

Several weeks ago, the commission announced that it would lay off 36 employees because it projected that its costs will exceed its available funds by $4 million. The last day at work for the employees will be Friday.

At that time, Shannon and Beebe said they only recently became aware of the extent of the commission’s fiscal distress though they knew that the timber industry was struggling during the housing market downturn and that revenue from a timber severance tax on which the commission relies was lower than in past years.

Shannon and Araiza later told lawmakers that Beebe discouraged the commission from holding a meeting of industry representatives in 2010 to discuss a tax increase as a possible solution to its fiscal problems. A Beebe spokesman said the decision not to hold a meeting was practical based on the strong anti-tax climate at the time and the fact that it involved an industry hit hard by the recession.

Richard Weiss, director of the state Department of Finance and Administration to which the certifications were submitted, has maintained that the finance department learned in November that its understanding of the commission’s financial situation was off the mark. That’s after the commission asked for additional money. It was subsequently found that the commission had erroneously included federal funds in its operating budget. The department’s accountants found that for the past four years the commission included federal funds in the amount of income that it told the department it had available to operate on, but most of the federal money was not supposed to be used for that, according to Weiss.

The certifications were signed by Araiza and by either Shannon or state Agriculture Secretary Richard Bell. Beebe said he plans to ask the Legislature to appropriate roughly $2.7 million from unrelated state surplus funds to help the commission get through the rest of the fiscal year and to repay federal grant money that the commission improperly used by spending it for payroll and other operating expenses.

DeCample said the governor provided copies of the certifications to the Legislative Audit Division on Jan. 3 during a meeting with Legislative Auditor Roger Norman. The meeting — held before a news conference on the matter — was also attended by Beebe Chief of Staff Morril Harriman and DeCample.

Beebe spokesman Stacey Hall said Beebe has talked to several lawmakers during the past several weeks about his desire for an investigation by the Legislative Audit Division, but he “doesn’t wish to name names.”

In a letter dated Dec. 20 to the Legislative Joint Auditing Committee’s co-chairman, Hammer asked the committee to authorize a comprehensive audit of the commission in preparation for the fiscal legislative session, which begins Feb. 13.

“I believe the proper course of action, in order to gain clarity on the forestry commission’s financial condition and reasons that have led to this crisis, is to have the Legislative Joint Auditing Committee conduct an official review of the agency and present the findings before the committee,” according to Hammer’s letter.

“The report should include, but not be limited to, a thorough review of itemized expenditures, income, all correspondence, a complete history [of] fund transfers from all sources and all applicable laws regarding those transfers all dating back to 2007 when irregularities and problems began to occur,” Hammer’s letter said.

“A detailed report based on substantiated findings will allow members of the General Assembly to determine the appropriate course of action for the Forestry Commission,” it said.

Hammer said last week that he is hesitant to vote to give the agency more money as long as Shannon remains in place.

Irvin said she has also submitted a request for an audit. She said she “has zero confidence in John Shannon,” but it’s up to Beebe to decide whether to retain him.

Rep. Tim Summers, cochairman of the Legislative Joint Auditing Committee, said he would like the commission to authorize an audit of the commission.

“I think we would want to take a look at it for sure,” said Summers, a Republican from Bentonville.

Summers said he doesn’t know whether Shannon should be fired as the state forester because, “I want to see all the facts.”

Sen. Jimmy Jeffress, a Democrat from Crossett, wonders whether Shannon will survive this controversy.

“I don’t want to put the governor on the spot, but it just depends on whether or not he is willing to sacrifice [Shannon] as a sacrificial lamb and get on with business or not,” he said. “I think if that should happen, some people think that that will get us over the hump. But then I think that, well, [the Republicans] will have the first bloodletting and will they look around for something else?”